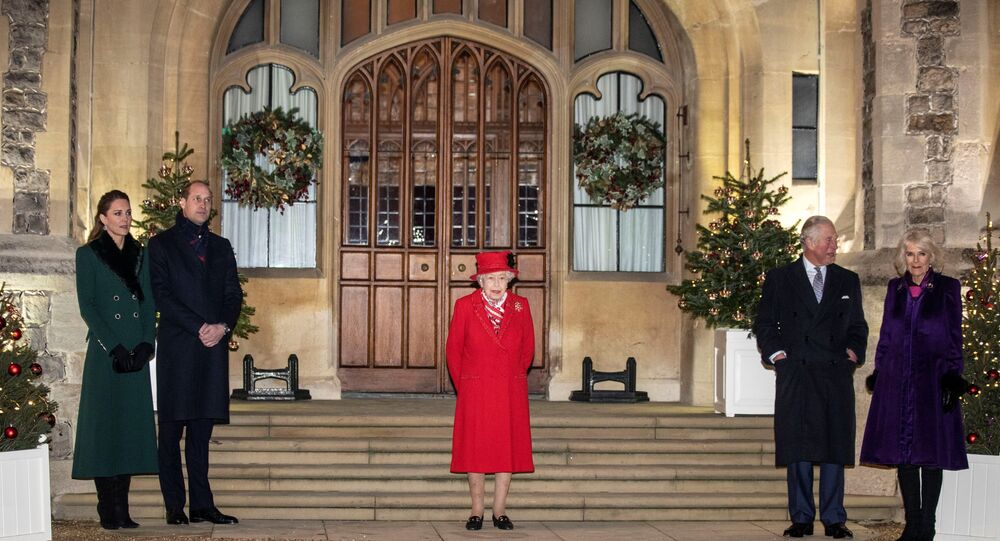 Apart from having to deal with the raging COVID-19 pandemic, the British Queen has had enough worries this year, given the troubles caused by "Megxit" and the sex crime scandal involving Prince Andrew.

Queen Elizabeth and her husband, Prince Phillip, are probably having the quietest Christmas in their lives.

As they are self-isolating at her majesty's residence in Windsor Castle, accompanied by a reduced house servants staff, that has been dubbed HMS Bubble by the British media, the Queen has had to deal with a lack of human contact and a feeling of remoteness, Sky News' royal family expert, Alastair Bruce, said on Friday.

"Everyone has had this horrible sense of remoteness. This inability to hug, this inability to talk to people without endless covering over the face," Bruce said. "I think a nation that has always been a bit reticent of human contact has found it difficult to deal with this enforced distance which is so unnatural in this modern world. For the Queen too, the fact she has had to see other members of her family at a distance or through a window or across a long corridor."

Nevertheless, Bruce said, though the Queen can surely be considered a "very senior citizen",  she is trying to "play her part" in spite of the social distancing measures enforced by the government.

"But in a way the Queen, who has been epitomised as a very senior citizen, what so many other people are dealing with. Of course, she has had the support of a household around her but at the same time she's been trying to play her part", the royal correspondent said.

This year has indeed been rocky for the royal family, and, foremost, for the Queen herself. In January, her grandson Prince Harry and his spouse, Meghan Markle, decided to step down from their royal duties and move to the US in an attempt to achieve "financial independence".

Tensions between the august monarch and her grandson then allegedly arose when Harry and Meghan applied to "trademark" Sussex Royal products and services, including personal therapy sessions, in June last year without asking the Queen’s permission, followed reportedly by their decision to file several lawsuits against British media giants.

As another slap in the face, the Queen's second son, Prince Andrew, has made headlines this year over his friendship with a convicted sex offender and accusations of sexual misconduct. Following public criticism, the Duke of York was stripped of his royal duties.