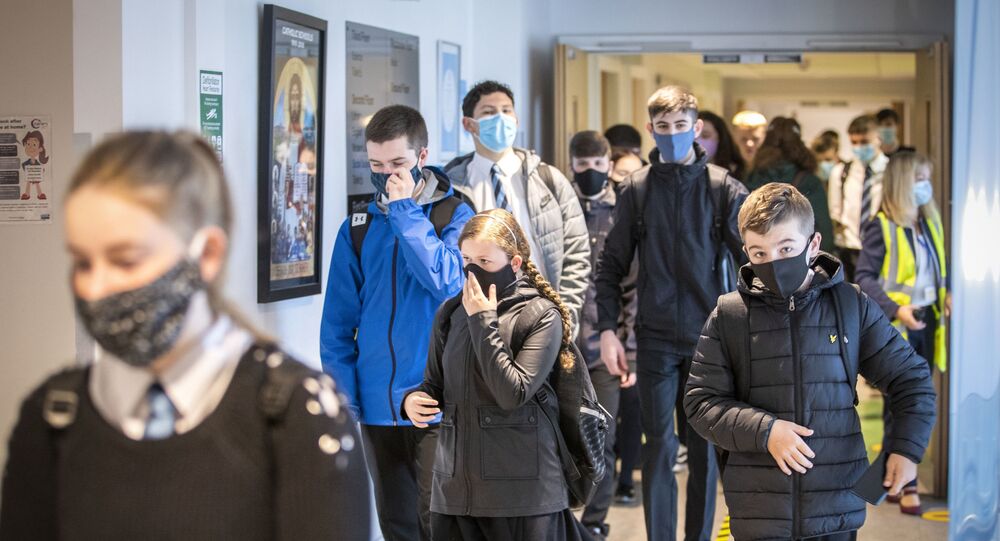 Earlier on after the start of the COVID-19 pandemic, scientists and various reports suggested between 60% and 70% of the population needed to be immune to SARS-CoV-2, the virus that causes COVID-19, in order to reach herd immunity. Since then, officials have been moving the goalposts, saying that the percentage may need to be much higher.

Dr. Anthony Fauci, the US’ top infectious diseases expert who also serves on the White House coronavirus task force, revealed in a an interview published Thursday that achieving herd immunity against the novel coronavirus may require up to 90% of the population to be vaccinated or have acquired immunity through infection.

Fauci, who was among the first to tout the 60% to 70% figures, explained to the New York Times in a telephone interview that he’s been slowly increasing the estimates based on new evidence and a feeling that Americans are more willing to listen to the new information as public perception of the COVID-19 vaccines continue to improve.

“When polls said only about half of all Americans would take a vaccine, I was saying herd immunity would take 70 to 75 percent,” Fauci said. “Then, when newer surveys said 60 percent or more would take it, I thought, ‘I can nudge this up a bit,’ so I went to 80, 85.”

“We really don’t know what the real number is. I think the real range is somewhere between 70 to 90 percent. But, I’m not going to say 90 percent.”

“We need to have some humility here,” he underscored.

Fauci noted that he did not intend to push for 90% immunity out of concerns that it may dampen Americans' hopes, as some in the US are still against having a COVID-19 vaccine administered, which could make reaching the 90% threshold difficult.

A USA Today/Suffolk University poll released on Thursday revealed that the majority of surveyed Americans were split between getting a vaccine right away and waiting some time before being jabbed. When asked why they would hold off or not even take a vaccine, an overwhelming 62% of those who were hesitant said it was because they were concerned the drug wasn’t safe.

Fears surrounding the safety of the COVID-19 vaccines may increase following recent reports that have highlighted severe allergic reactions to Pfizer’s vaccine. However, with that said, health professionals have supported the continued vaccine rollouts and emphasized that reactions are rare and easily treated.

In the event that it a 90% herd immunity rate, COVID-19 would be seen just as contagious as the measles, which spreads when an infected individual coughs or sneezes. According to the US Centers for Disease Control and Prevention (CDC), the virus can remain in the air for two hours.

“I’d bet my house that COVID isn’t as contagious as measles,” Fauci noted.

The CDC reported on Wednesday that over 1 million people in the US have received the Pfizer vaccine, marking the one of the largest vaccination campaigns to date as COVID-19 cases, hospitalizations and deaths have continued to surge nationwide.

Herd Immunity to COVID-19 Possible After 3-10% of Population Get Sick, Russian Scientists Say