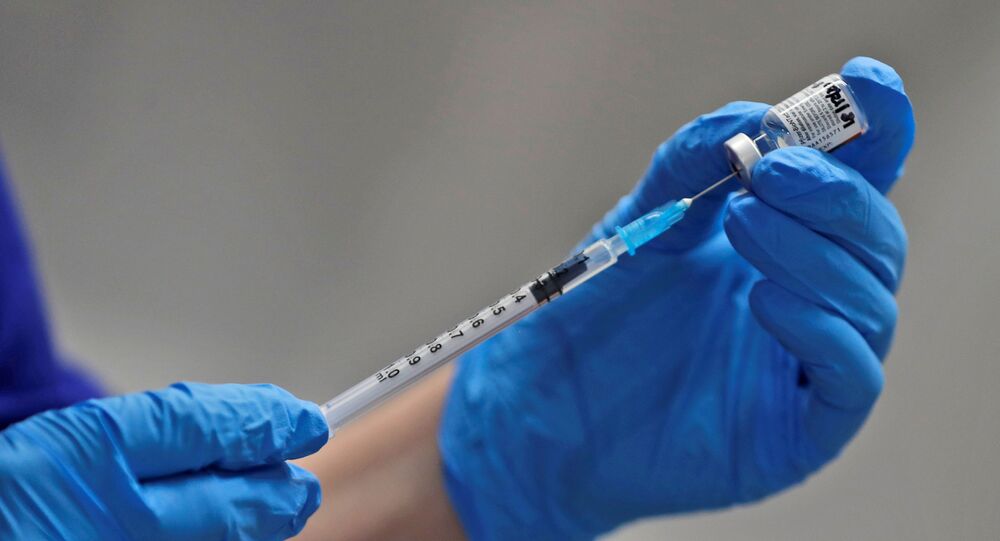 A new study on allergic reactions to the COVID-19 vaccine comes as hundreds of thousands of Americans have been inoculated against the respiratory disease and as officials begin to ship out millions of doses of the Moderna COVID-19 vaccine.

The US National Institutes of Health is set to launch a new study to allow an in-depth examination into the rare but severe allergic reactions that, so far, only a handful of individuals have experienced since the deployment of the Pfizer-BioNTech COVID-19 vaccine.

The study is expected to specifically determine the component of the vaccine that is causing anaphylaxis, a potentially life-threatening allergic reaction that prompts a multi-system reaction that sees individuals struggle to breathe, become nauseous, experience dizziness and develop a rash.

Officials intend to recruit several hundred volunteers with a history of severe allergic reactions who will have the vaccine administered under close observation at multiple clinical sites across the US. Researchers have speculated that the severe reactions may be prompted by polyethylene glycol (PEG), a medicinal compound of the vaccine that is also present in the newly approved Moderna drug.

Daniel Rotrosen, who serves as the director of the Division of Allergy, Immunology and Transplantation at the National Institute of Allergy and Infectious Diseases, explained to The Washington Post that the study would not be focusing solely on individuals with a PEG allergy, since it would be extremely difficult to find enough of them.

“This is not a simple study design,” Rotrosen told the outlet. “We expect to be looking at highly allergic individuals. They will be not necessarily so easy to recruit, either. A lot still needs to be done to be sure we have the optimal study design. That said, we’re trying to move as quickly as we can, for obvious reasons.”

Although it’s not written in stone just yet, officials hope to begin the study in the next few weeks.

Urgency in starting the study was prompted after a health care worker in Alaska underwent multiple phases of anaphylaxis 10 minutes after receiving the Pfizer vaccine, despite having no history of allergies.

The latest figures from the US Centers for Disease Control and Prevention state there have been at least six cases of anaphylaxis linked to the Pfizer vaccine after more than 272,000 doses of the two-part vaccine were administered.

The agency has issued warnings on the likelihood of a severe reaction and noted that anaphylaxis could present itself within one hour of being given the vaccine. The reaction is easily treated through the injection of epinephrine.

The development comes as several US officials, including US President-elect Joe Biden, televised their inoculations in an effort to assure the American public that the Pfizer vaccine is safe for public consumption.

COVID-19 Pandemic Wreaks Havoc on World, Kills Over 1.5Mln and Drains Economies in 2020