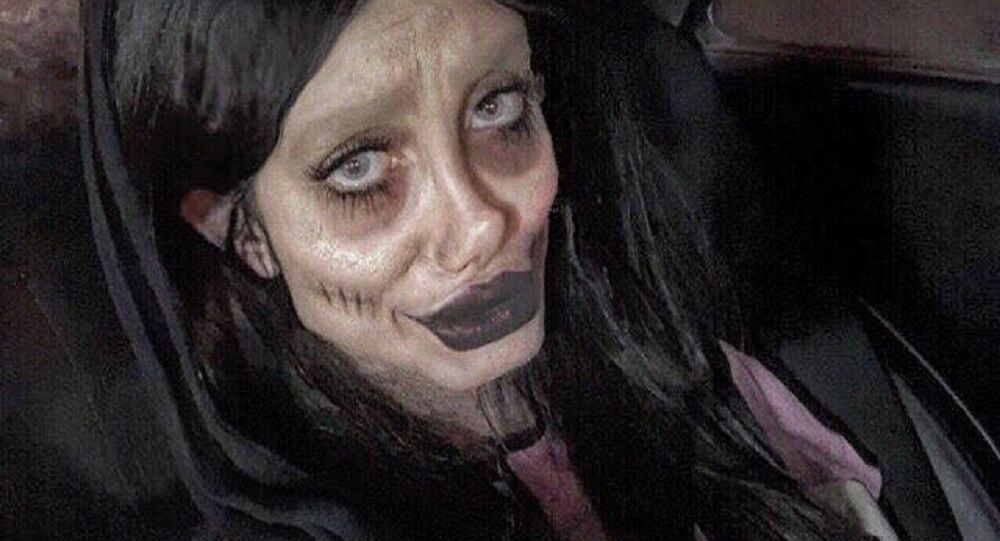 The Tehran-based Instagram star is understood to have been allowed to leave custody, where she has already spent over a year, after campaigners in Iran and abroad spoke out and brought attention to her case.

A 19-year-old Iranain, who shot to media fame for her "zombie Angelina Jolie"-like looks, has reportedly been released from jail on bail after serving 15 months in prison, The Sun wrote citing her lawyer, Saied Dehgan's comments. Several days ago she was sentenced to 10 years in jail for her "obscenity" and blasphemy, including comments allegedly insulting the hijab, according to the Iran Human Rights News Agency, widely cited by the media.

Sahar Tabar, whose real name is Fatemeh Khishvand, from Tehran, was released on Sunday after "massive media pressure", US-based Iranian activist Masih Alinejad, who first reported Tabar's imprisonment on Twitter, said. Campaigners also launched a petition calling for Angela Jolie, who the Iranian is believed to resemble, to weigh in on the court case.

Tabar shot to Instagram stardom when she started posting scary and heavily doctored images of herself that rang a bell with many claiming she looked like an amalgamation of a corpse, zombie, and the Hollywood star.

She later admitted she'd had some surgery such as a nose job, lip fillers, and liposuction but insisted that makeup and editing should be credited for most of her striking appearances. Tabar first unveiled the way she used to look like before her plastic  surgeries etc. back in July 2019.

“This is Photoshop and makeup. Every time I publish a photo, I paint my face in an increasingly funny way. It is a way of expressing yourself, a kind of art. My fans know that this is not my real face", the Daily Mail earlier quoted her as saying.

She noted that she indeed bore a striking resemblance to Angelina Jolie, on the one hand, and the cartoon character the Corpse Bride, on the other, yet claimed she is a muse herself and is in no way after copying anyone's looks.

Tabar also stressed it had been her childhood dream to become famous, and despite her mother's scepticism, she persisted in her efforts to develop her Instagram account – the only international social media service operating freely in the Islamic Republic.