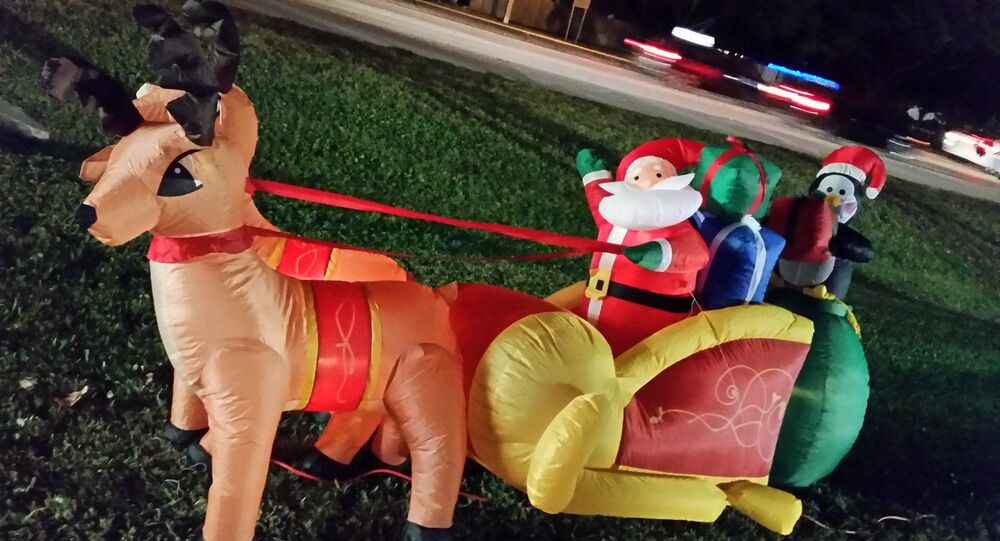 Santa Pulled Over by 'Killjoy' Cops in Belfast - Video

The Christmas season is the best time of the year for many, and it's almost impossible to imagine the holiday without Santa Claus, the traditional Christmas patron. In many cities in Europe and North America, Santa sleigh tours are organized every year, and Belfast, Ireland, is not excluded from the fun.

On Monday, Belfast residents and their children were kept waiting for the exciting moment of meeting Father Christmas as a horse-drawn sleigh operated by the Falls Residents Association Santa Sleigh tour was pulled over by the police. The reason was a report received from a concerned member of the public over the safety of the pony and the lack of lights on the sleigh.

“We were told there’d been a complaint about Santa’s sleigh and the cop said we had to have a white light on the front and a red one on the back,” said Santa himself, known by some as Robert McClenaghan. “I thought it was a bit like the Grinch, to be honest”, he added.

A video of the incident, showing officers speaking to Santa for several minutes, was met with condemnation after they told him "You'll have to wrap it up." The officers were described as "Scrooge" and were met with shouts of "killjoy" for halting proceedings.

Lisa Lynn, a spokewoman for the Falls Residents Association, commented on the situation: "We had spoken to the community policing team before we set off and they seemed happy enough, so we were surprised by what happened."

Despite the “unfortunate” delay, lights were quickly affixed to Santa’s sleigh and the man in the red suit was able to continue his tour, making kids in west Belfast happy. Lynn confirmed that no children desiring the sighting missed out on seeing Santa that night.

Describing the incident, McClenaghan said that it hasn't discouraged association members on their mission of bringing joy to kids by handing out presents.

"It's been a tough year and we're bringing some happiness to people's lives, so to have someone quoting traffic legislation at you in the middle of it is a bit bah humbug. That's not what I want to think about though. It's the positivity of all the hundreds of kids we saw last night though, that's the main thing."

Am I the Grinch?