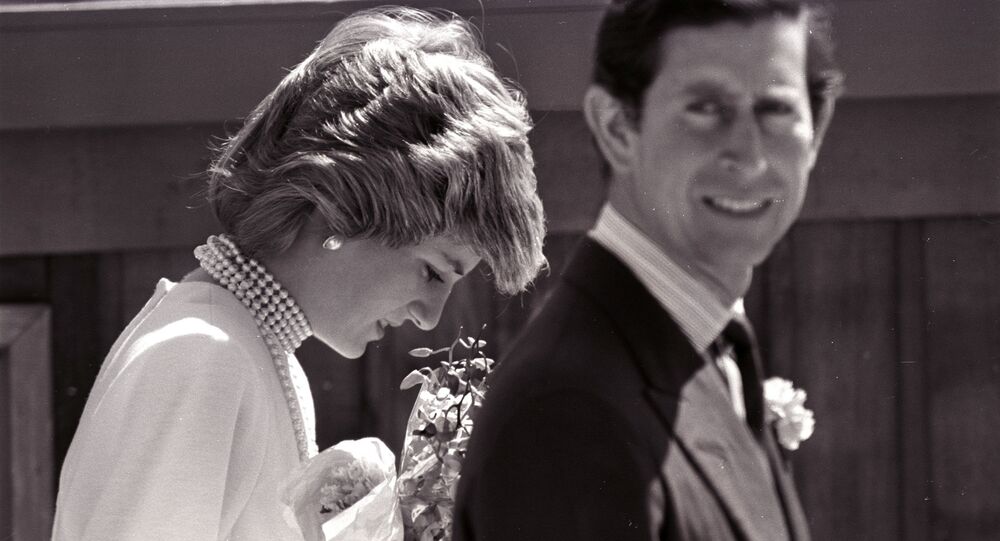 In November, Netflix released the fourth season of the series The Crown that supposedly gives viewers a glimpse into the complicated behind-palace-doors lives of the British Royal Family. This season stirred several controversies as it introduced Princess Diana, played by the 25-year-old Emma Corrin - to its stories.

Born and raised in England, Emma Corrin knew only so much about one of the most talked about royals - the late Princess of Wales – whose frail marriage with Prince Charles has been a topic of gossip for years and years.

© AFP 2020 / Kazuhiro Nogi
Princess Diana Was 'Consistently Lied to', Had 'Every Right to be Paranoid', Ex-Butler Claims
In a recent interview with Vanity Fair, Corrin confessed that she was “shocked” on learning that Princess Diana hired the West End set in London along with a film crew to film a special performance of All I Ask of You, a Broadway classic from the long-running musical Phantom of the Opera, as a wedding anniversary present for Prince Charles.

In 1985 Princess #Diana surprised Prince Charles with a performance at the Royal Opera House as a birthday gift. She got on stage and surprised the audience and Charles with a dance to Billy Joel’s song “Uptown Girl” with Wayne Sleep. #TheCrown pic.twitter.com/fdwlC3qPKp

​It's believed that she made the recording because Prince Charles had been so mortified by what he considered her "attention seeking" with her public dance display at the Royal Opera House, and she thought he would prefer something a bit more personal. "It’s exactly as it happened in the series. Which is mental,” the British actress was quoted as saying.

Princess Diana on one of her several visits to the Phantom. All I Ask of You was always one of her favourite songs, with her once making a private video on the Phantom’s stage. Excited to see this moment in @TheCrownNetflix with the wonderful Emma Corrin. #TheCrown pic.twitter.com/Tfmk40AWOH

​Prince Charles’ sour reaction to his wife’s bold gifts, as portrayed in the Netflix series, has received a huge reaction on social media with the public divided in their opinion of the portrayal of the Prince of Wales.

© AFP 2020 / Rich Fury
'It's Drama Broadly Based on Historical Events': Netflix Won’t Add 'Fiction' Disclaimer to The Crown
Because of public criticism directed at the heir to the throne after the release of the bombshell season, Netflix was asked to put a “Fiction” disclaimer on the show.

The content streaming platform has, however, refused the suggestion from British Culture Secretary, Oliver Dowden, saying that the series is a Drama, broadly based on historical events.

​Peter Morgan, the creator of The Crown has reportedly defended his storyline, saying it is thoroughly researched and true in spirit.