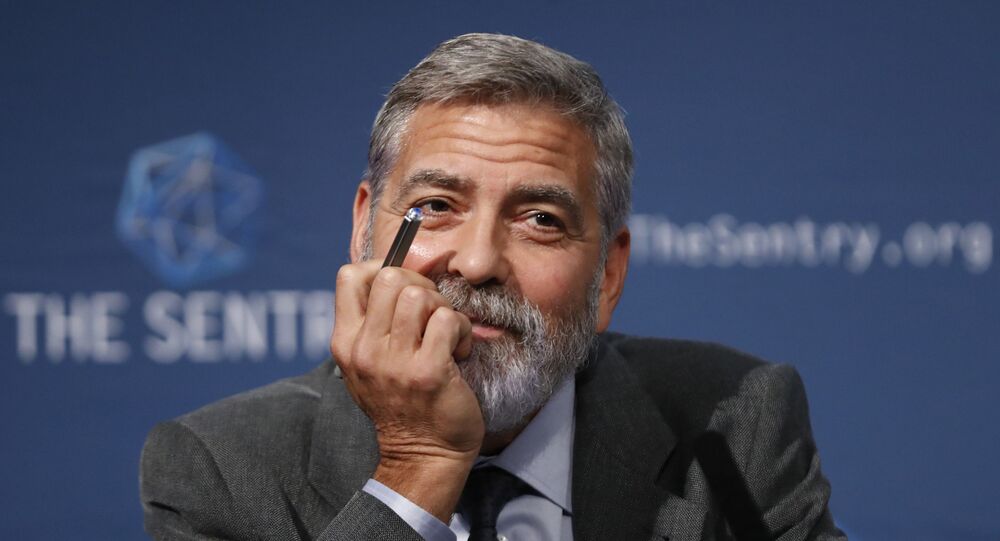 Hollywood star George Clooney once entered a high-pitched row with then-London Mayor Boris Jonson over a return of Parthenon marbles back to Greece, something Athens have been fiercely advocating for.

According to former bachelor George Clooney, there are certain things he is particularly grateful to British Prime Minister Boris Johnson for, including his family happiness with wife Amal, despite the fact that the ex-London mayor once “literally compared him to Hitler”, the actor told the Observer this weekend.

The argument in question goes back to 2014, when Clooney came to the UK to promote his The Monuments Men, a film which focused on Allied army efforts to safeguard the world's cultural heritage from Nazi looting during the Second World War. During the tour, the actor also emerged as a strong advocate for the return of the Parthenon marbles, 2,500-year-old sculptures that were removed from Athens by Lord Elgin in the 19th century and have since remained on display in the British Museum.

Greece maintains that the sculptures have been held by the UK “illegally”.

Clooney’s call, supported by Athens, caused a vivid response from then-London chief Boris Johnson, who told The Telegraph at the time that “someone urgently needs to restore George Clooney’s marbles.”

“This Clooney is advocating nothing less than the Hitlerian agenda for London’s cultural treasures,” Johnson added.

© AP Photo / Grant Pollard
Actor George Clooney and partner Amal Clooney, pose for photographers on arrival at the premiere of the television mini-series 'Catch22', in London, Wednesday, May 15, 2019

However, according to the Hollywood star, the row turned out as a “kind of great” thing for him in the end, as it had apparently emerged as a touchpoint between him and his future wife and mother of his two children Amal Alamuddin, now Clooney, a British-Lebanese human right attorney hired by Greece to advise on the return of the Parthenon marbles.

“Amal and I were secretly dating at the time. No one knew. There was all this uproar about what I’d said. And I was meeting Amal for dinner that night,” Clooney revealed.

The actor explained that his future spouse was able to brief him in depth on the matter during their meeting, something which had eventually deepened their affection and helped pave the way for their future international campaigns.

“I’ll send him a note. A thank you note. And a comb,” the actor joked.

Amal and her husband have now set up a Clooney Foundation for Justice to advocate for humanitarian actions and education around the world. According to the Ocean’s Eleven actor, he has been now “working less on movies” and “more on life”.