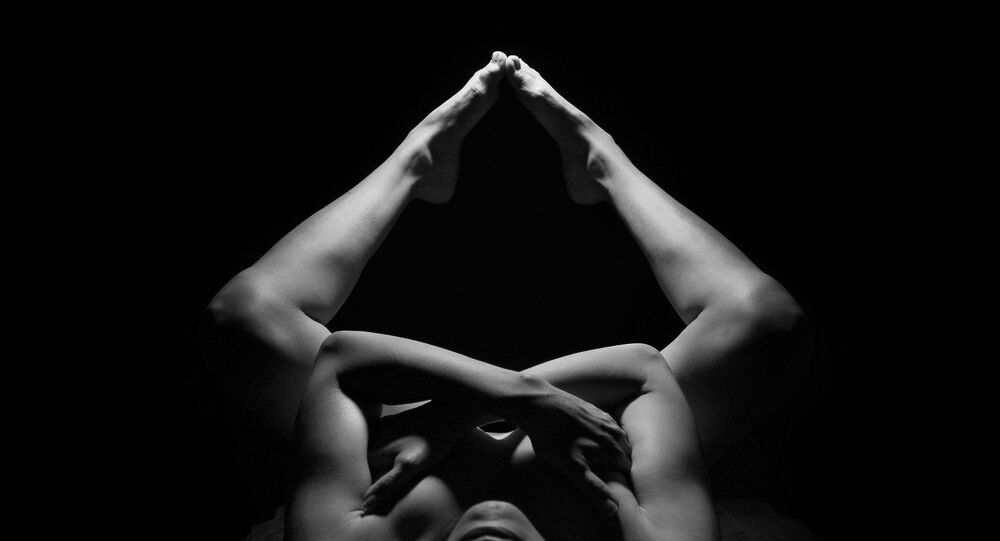 As one may have guessed the naked yoga is the practice of yoga without clothes. Known as nagna or vivastra yoga in Sanskrit, it is said to have existed since ancient times. Naked yoga classes are frequently attended by both men and women.

YouTube is allowing users to upload videos with completely nude men and women as long as they are identified as being about naked yoga. Okay, go see for yourself and then return to read the story to the end. The video-sharing website has lots of clips showing the pee-pees and buns of men and women while they are practicing the famous physical activity au naturel, and YouTube apparently has no problems when these videos shows genitals close up.

Some of the naked yoga videos show long training sessions, while others feature short clips of people sharing tips.

No, the world has not gone cuckoo. YouTube allows these videos to be posted because they are labelled as educational.

"Only for education purpose not for other purpose like sexual harassment or nudity", reads a caption to a video titled “Naked Yoga at home tips”.

According to YouTube's policy, explicit content meant to be sexually gratifying, like pornography, is not allowed on the website; however, YouTube allows nudity when "the primary purpose is educational, documentary, scientific or artistic". The company notes, meanwhile, that there are "grey areas and lots more to" their policy on sex and nudity. It appears that naked yoga does not fall in those grey areas.

However, questions still remain, as some videos seem not to be in line with the educational category.

One video was uploaded by a channel titled "Hot Girls", while another video showing a young woman exercising has a watermark for what appears to be a site with adult content.

Channels with naked yoga have become extremely popular, with videos garnering hundreds of thousands of views. The Insider asked the owner of the channel "Barbie" whether she was jumping on a recent trend and got a positive answer. "Yes, I did", said Zee Telugu, who runs the channel.

The practice of naked yoga has existed since ancient times, with the first mentioning of it dating back to as early as the 7th century. Classes are often attended by both men and women. However, there are many rules. People are not allowed to move away from the place that was assigned to them, touch other participants, or stare at them.

Willow Merveille, the founder of the yoga studio Naked in Motion, said this practice not only helps people keep fit, but also encourages self-love.

"The goal is that over time, you see your body more, you see your wrinkles and your rolls and your stretch marks and all the things, so less of a big deal it becomes. And I think from there, there's nowhere else to go except a place of acceptance and self-kindness", Merveille said.