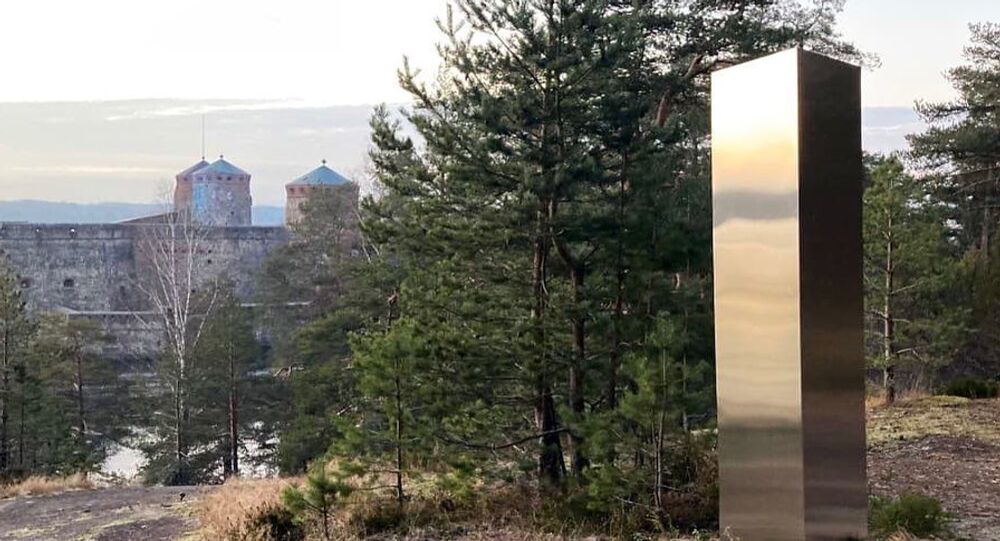 Similar shining columns have appeared since mid-November in the US states of Utah, California, and Texas as well as in France, Romania, and on Britain's Isle of Wight. Whether these are part of a coordinated effort is unknown.

Locals in the eastern Finnish town of Savonlinna were taken aback as a mysterious 2.5-metre-high metal pillar suddenly appeared on a mountain overlooking the town's iconic 15th-century Olavinlinna Castle.

Since mid-November, similar shining angular pillars have appeared in the US states of Utah, California, and Texas as well as in France, Romania, and on the UK's Isle of Wight.

The latest one was spotted at a former campsite near a sports field in the Kyrönniemi neighbourhood of Savonlinna. Whether these are part of a coordinated effort is unknown, as the columns tend to disappear as suddenly and mysteriously as they appear.

Jaana Komi, CEO of Visit Savonlinna, said the object caught her unawares. By her own admission, Komi received many calls about the pillar after an article appeared in the local press.

"I don't know any more about it than anyone else does. This seems to be a worldwide phenomenon. It's wonderful that they have found their way to Kyrönniemi, though", Komi told national broadcaster Yle. She declined to speculate whether it could be a replica set up by locals.

Savonlinna is a Finnish town located some 75km from the Russian border. It is best known for its opera festival, which this year was cancelled for the first time in more than half a century. The event tales place in the 15th-century Olavinlinna Castle by the picturesque Lake Saimaa, Finland's largest.

The reason behind the objects is unknown, but the monoliths continue to amuse the public, as people assume everything from UFOs to government psyops. Due to the hype, they make good selfie material on social media.