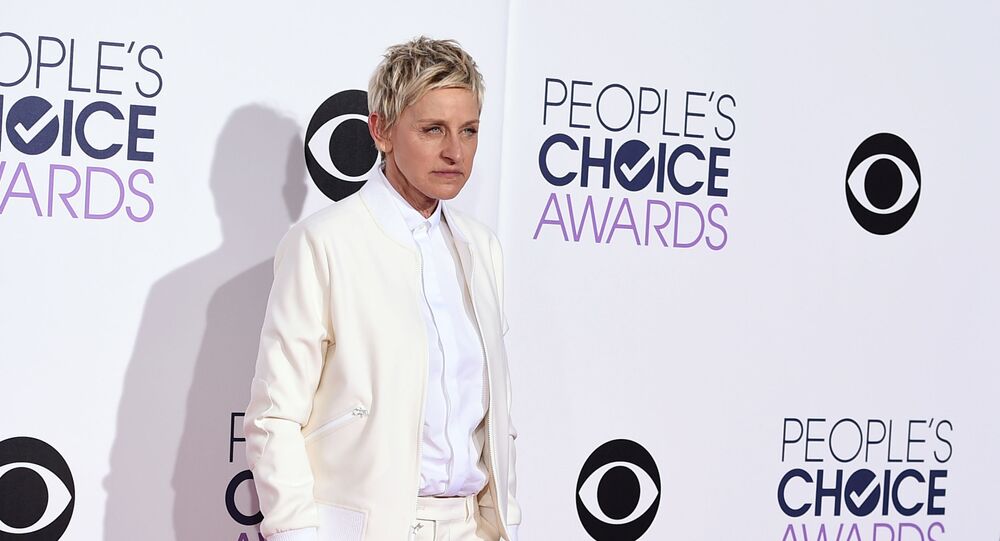 Ellen DeGeneres Says She Has Tested Positive for COVID-19

Ellen DeGeneres is an American comedian, actress and television host best known for starring in the sitcom "Ellen" from 1994 to 1998 and for her syndicated TV talk show, "The Ellen DeGeneres Show," which has been on air since 2003.

In a statement posted to Twitter Thursday, DeGeneres revealed that she had tested positive for COVID-19.

“I want to let you all know that I tested positive for COVID-19,” DeGeneres wrote.

“Fortunately, I’m feeling fine right now. Anyone who has been in close contact with me has been notified, and I am following all proper CDC [US Centers for Disease Control and Prevention] guidelines. I’ll see you all again after the holidays. Please stay healthy and safe,” she added.

​Telepictures, the production company behind "The Ellen DeGeneres Show," also revealed to CNN Thursday that it has halted filming of the program until January, even though the show went back into production with safety precautions in September.

The shutdown comes after the show’s ratings were doing well due to its “12 Days of Giveaways” series after suffering from low ratings in the wake of scandals involving alleged racism and sexual harassment among staff. According to Variety, the show had its highest rating since May during the week ending November 29.

The show’s 18th season began on September 21 after it had been embroiled in months of controversy.

In August, three top producers were fired amid allegations of misconduct and sexual harassment.

During the spring pandemic shutdown, the show’s staffers also said that they had not received written communication about their working hours or pay from producers for over a month. When they were eventually contacted by production executives, crew members said were told they would be receiving a 60% reduction in pay while the show continued to air.

During the summer, DeGeneres herself also faced accusations that she contributes to a toxic workplace environment and is not as nice as her on-screen persona suggests.

“I take that very seriously and I want to say I am so sorry to the people who were affected,” the host said in her monologue at the start of her talk show's Season 18 premiere, apologizing for her actions, Mercury News reported. "I know that I’m in a position of privilege and power, and I realize that with that comes responsibility, and I take responsibility for what happens at my show.”