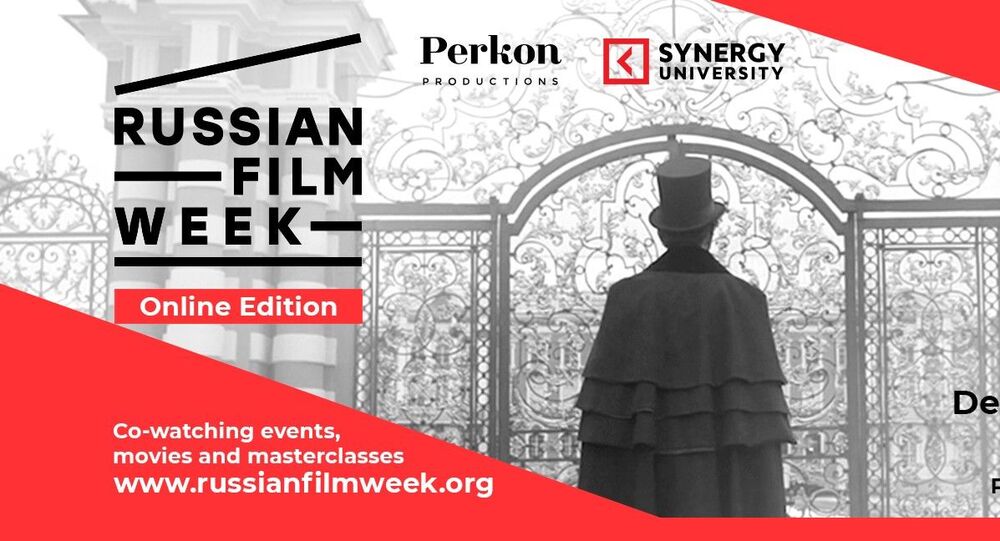 One of Russia's leading film festivals will host globally-acclaimed superstars and film directors, this time on the computer home screen rather than silver screen, due to the ongoing COVID-19 pandemic.

The Russian Film Week (RFW) will host its 5th annual event online from 6 to 13 December, celebrating top achievements in the country's filming industry. Nine feature films, two documentaries and 17 short films will be presented at the eight-day festival.

The virtual cinematic event will showcase livestreamed events, including film screenings, discussion panels, Q&A and others, on the Beem movie platform. Further on-demand content will be available at the festival website.

The festival will open with the drama The Whaler Boy, followed by a Q&A with movie director Philipp Yuriev and producer Alexey Uchitel. Film director Elena Khazanova will close the event her film One Breath, according to the event schedule.

Attendees can also join additional masterclasses from European and Russian actor, filmmaker and producer, Danila Kozlovsky, as well as critically-acclaimed writer Dmitry Glukhovsky, among others.

The RFW will also host its Casting Bridge event on 9 December, an online gathering of actors, casting directors and filmmakers from Russia and Europe, as well as the UK. Visitors can watch movie streams for free, with the exception of opening and closing films, and must register for the event.

The last four years has seen the event make it to the top five of the largest national film festivals hosted in the UK, Filip Perkon, founder and general producer of Russian Film Week, said in a statement.

“Despite the global pandemic, it was important for us to hold the festival this year," Perkon said, adding: "I am especially pleased to have the opportunity to expand our festival to new audiences outside of the UK, building cross-cultural bridges between Russia and the rest of the world."

Russian Film Week was founded by Filip Perkon of Perkon Productions Ltd in 2016, and hosts numerous sponsors such as Kaspersky Lab and partners Synergy Corporation and Kinometro, among dozens others.