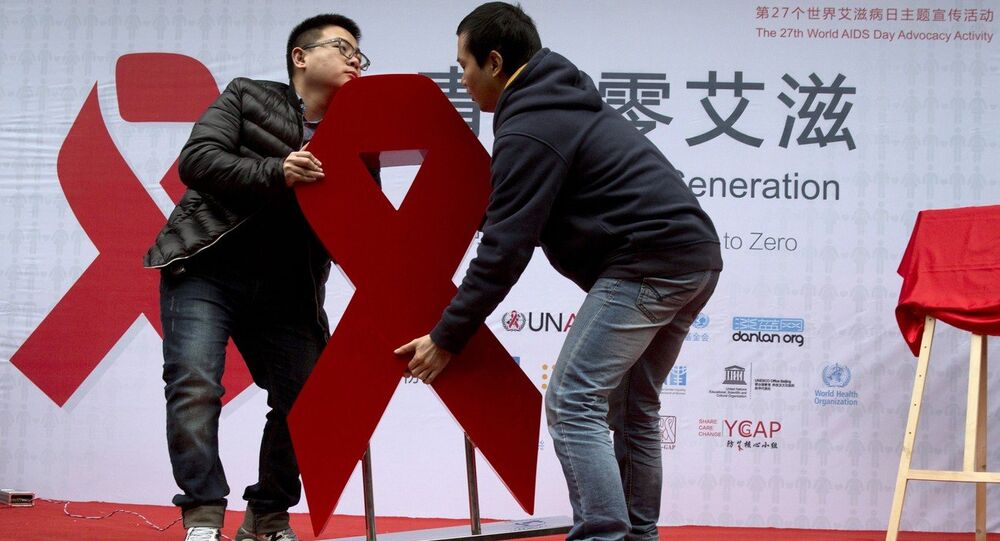 Although Human Immunodeficiency Virus (HIV) was first detected more than 40 years ago, the illness continues to infect and kill millions of people around the globe. Its persistence serves as a grim reminder that epidemic illnesses aren’t defeated overnight or without concerted effort.

Health organizations around the globe commemorated World AIDS Day on Tuesday, and commentators called attention to the parallels between the darkest days of that epidemic and the present COVID-19 pandemic. They noted that while the COVID-19 pandemic might have delayed the world’s 2020 AIDS-fighting goals by as many as 10 years, the fight against COVID-19 hasn’t suffered the same challenges of awareness and funding as AIDS has.

2020 Goals Delayed By A Decade

The World Health Organization (WHO) noted that worldwide in 2019, there were 38 million people with HIV, but one-fifth did not know their status. That year, 1.7 million new cases were reported, and 690,000 people died from complications of the illness.

However, the UN-affiliated health agency warns, the demands of the COVID-19 pandemic have placed greater strains on health systems in the developing world, including dominating the concerns of health workers and interfering with supply chains.

“Now is the time for us to once again make a leap in our response to work together to end COVID-19 and get back on track to end HIV by 2030,” the agency wrote. “On World AIDS Day 2020, WHO is calling on global leaders and citizens to rally for ‘global solidarity’ to overcome the challenges posed by COVID-19 on the HIV response.”

The US Centers for Disease Control and Prevention (CDC) echoed the WHO’s call, warning that “we cannot underestimate the impact of disruptions related to COVID-19 on healthcare system delivery and services particularly in resource-limited settings,” such as sub-Saharan Africa.

“As programs adapted to COVID-19, HIV treatment was prioritized. Now, we must plan for the rapid recovery and resumption of HIV testing and prevention services – in a responsible and safe way given the current landscape and building from what we have learned during this pandemic,” the CDC said in a Monday statement. Testing and treatment programs in the region are heavily funded by the President’s Emergency Plan for AIDS Relief (PEPFAR), a 2005 initiative begun by then-US President George W. Bush.

Since December 1, 1988, World AIDS Day has aimed to draw attention to the dangers posed by HIV and the disease the virus causes, Acquired Immunodeficiency Syndrome (AIDS), which effectively strips the human body of its ability to defend itself from pathogens.

By the end of 1988, 82,362 cases of AIDS had been reported in the United States and 61,816 people had died from complications of AIDS since it was first identified just seven years earlier, according to data collected by amfAR, the Foundation for AIDS Research.

At the helm of NIAID, Fauci played a decisive role in starting new research efforts and experimental drug testing for a slew of potential treatments for AIDS - many of which were brought to his attention by an unruly group of LGBTQ activists who call themselves the AIDS Coalition to Unleash Power (ACT UP) and brought their protests to the doors of the Food and Drug Administration (FDA), the NIH and even Fauci’s office.

By 1996, their efforts had paid off, and a triple-drug treatment of protease inhibitors succeeded in both blocking transmission of HIV as well as reversing the deleterious effects of AIDS. However, annual new HIV cases did not level off until 2000, and annual AIDS deaths did not reach their peak until 2006, with 2.9 million people dying from AIDS complications in that year alone.

In 2020, Fauci is still running NIAID, and the COVID-19 pandemic has spread far faster than HIV, infecting 63 million people worldwide and killing 1.4 million in less than a year, with close to 270,000 dying in the United States alone, as of Tuesday.

Former US Rep. Henry Waxman (D-CA), who chaired a House Subcommittee on Health and the Environment in the 1980s, told Time on Tuesday that while there were many similarities between the COVID-19 pandemic and AIDS epidemic, there are many important differences as well, such as government reactions to the outbreak.

When AIDS was discovered among a group of gay men in the US in 1981, it was called “gay-related immune deficiency,” and its connection to the already-marginalized LGBTQ community led to even further stigmatization for those who contracted the disease. It took four years for then-US President Ronald Reagan to even mention the epidemic, which he did in 1985 after a close family friend died of AIDS. Still, comprehensive legislation providing funding for research and treatment of AIDS did not come until 1988.

By contrast, just weeks after the WHO declared COVID-19 a global pandemic on March 11, 2020, the US Congress had passed the $2.2 trillion Coronavirus Aid, Relief and Economic Security (CARES) Act, which was followed by several subsequent funding bills, although not all have been approved, even as new cases continue to rise.

In 1996, a New York Times headline announcing Merck’s protease inhibitor Crixivan noted the FDA had approved the drug “with record speed,” 42 days after being submitted to the FDA but seven years after ACT UP researchers who themselves had AIDS brought the NIH a list of promising treatments for AIDS and volunteered themselves as test subjects. But in 2020, just nine months after SARS-CoV-2 was identified as the virus behind COVID-19, the Russian Ministry of Health had approved the Sputnik V vaccine, and it seems likely that several more will be approved in the UK and US before the year is out.