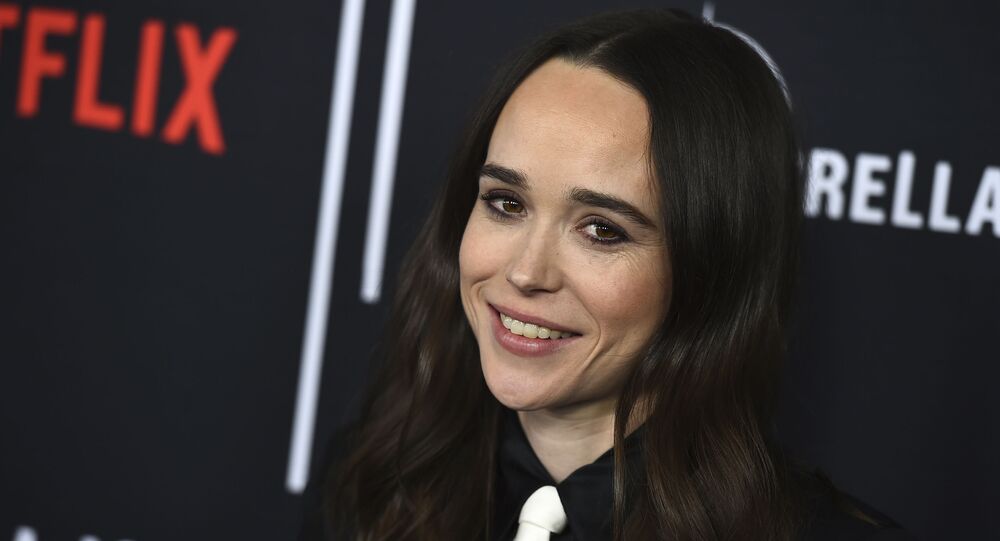 Elliot Page, Star of ‘Juno’ and ‘Inception,’ Comes Out as Transgender

The queer Canadian actor has long been a crusader for LGBTQ rights and highlighted the epidemic of violence and discrimination transgender people face in his coming out post on Twitter and Instagram on Tuesday.

“Hi friends, I want to share with you that I am trans, my pronouns are he/they and my name is Elliot. I feel lucky to be writing this. To be here. To have arrived at this place in my life,” Page wrote on Tuesday.

​The inclusion of gender-neutral English pronouns suggests Elliot identifies as a nonbinary person, neither male nor female, a gender category that has existed in many cultures but is only recently acquiring legal status in some nations. A landmark trans rights law in Pakistan in 2018, for example, gave legal recognition to khawaja sira third gender people and an increasing number of US states offer nonbinary or gender neutral markers on identification documents.

The 33-year-old Canadian actor’s breakthrough role came in 2007 in “Juno,” in which he played a teenage girl who struggled with an unwanted pregnancy and for which he was nominated for an Oscar. He has also starred in films such as “Inception” and several “X-Men” superhero films, as well as the Netflix series “The Umbrella Academy.”

Page’s wife, dancer and choreographer Emma Portner, praised her spouse’s coming out, writing on Instagram that she was “so proud” of Page. “Trans, queer and non-binary people are a gift to this world. I also ask for patience & privacy but that you join me in the fervent support of trans life every single day. Elliot’s existence is a gift in and of itself. Shine on sweet E. Love you so much.”

“I love that I am trans. And I love that I am queer. And the more I hold myself close and fully embrace who I am, the more I dream, the more my heart grows and the more I thrive. To all the trans people who deal with harassment, self-loathing, abuse, and the threat of violence every day: I see you, I love you, and I will do everything I can to change this world for the better,” Page continued.

Page noted that despite this being a “joyous” moment for him, the trans community continues to suffer from an epidemic of violence.

“The statistics are staggering. The discrimination towards trans people is rife, insidious, and cruel, resulting in horrific consequences. In 2020 alone it has been reported that at least 40 transgender people have been murdered, the majority of which were Black and Latinx trans women,” he noted, citing US statistics collected by Human Rights Campaign (HRC), an American LGBTQ rights lobbying and advocacy group.

"To the political leaders who work to criminalize trans health care and deny our right to exist and to all of those with a massive platform who continue to spew hostility towards the trans community: you have blood on your hands," he wrote. "You unleash a fury of vile and demeaning rage that lands on the shoulders of the trans community, a community in which 40% of trans adults attempting suicide. Enough is enough. You aren't being 'canceled,' you are hurting people. I am one of those people and we won't be silent in the face of your attacks."

Page’s advocacy for LGBTQ rights is well known, having first come out as a lesbian during a speech at HRC’s "Time to Thrive" conference in Las Vegas, Nevada, in 2014.

One notable incident during the filming of the documentary series “Gaycation” on the lives of LGBTQ Brazilians for Vice in 2016, Page went to the office of then-congressman Jair Bolsonaro and confronted him about disparaging comments he had made about gay people. The now-president told Page he blamed drug abuse and liberal permissivity for the rise of homosexuality since his childhood.

Page’s coming out as trans also falls on World AIDS Day, an international day of advocacy intended to bring attention to the HIV/AIDS epidemic.

Other celebrities who have come out as trans or nonbinary in recent years have included American Olympic athlete Cailtyn Jenner and English singer Sam Smith, although the latter did not adopt a new name after.