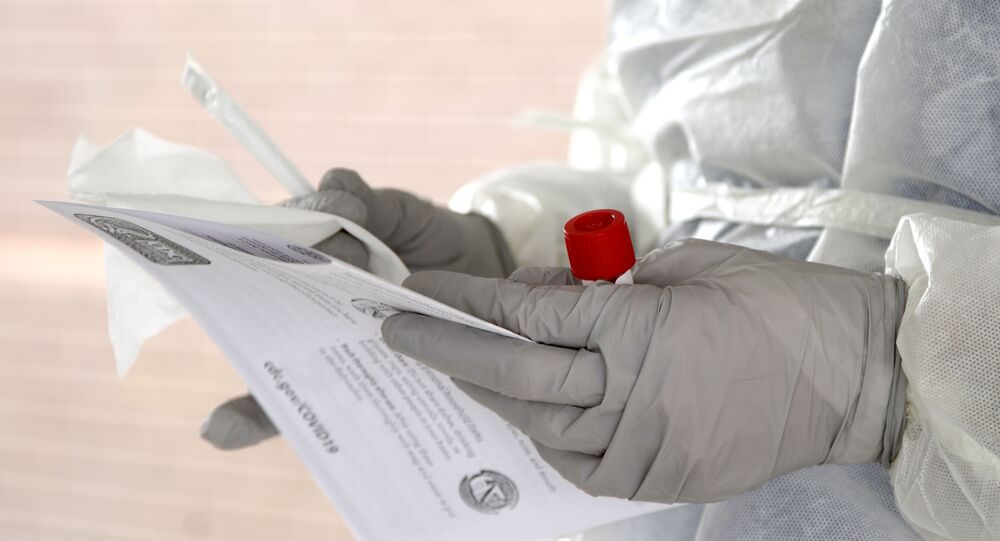 Ahead of the US’ Thanksgiving holiday, multiple health officials and agencies warned Americans to avoid travel and opt for remote celebrations, as a sudden rush in celebratory gatherings would promote a spike in COVID-19 cases across the nation.

The Tuesday-released data also indicated that the US documented about 1,172 new COVID-19-related deaths, as the Land of the Free's nationwide death toll inches closer to 270,000.

With the nation’s positivity ratio having reached 9.71%, university officials noted that the states with the highest daily increases were, in order, California, Texas, Michigan, Tennessee and New York. California topped the pack with 14,809 new COVID-19 cases.

Health officials anticipate that daily case figures will likely exceed the Monday count as the week progresses, since it’s believed that less coronavirus testing took place over the holiday weekend.

Globally, the US has remained undefeated as it still ranks number one in documented novel coronavirus cases, with Turkey, India, Russia and Brazil rounding out the top five countries.

As for hospitalizations, the US has soared in the department as well. The latest data compiled by the COVID Tracking Project states that 96,039 individuals were hospitalized as of Monday - a record-high spike of over 4,700 individuals when compared to the database’s 7-day average of 91,331.

Of the 96,039 hospitalizations, approximately 18,545 individuals were transferred to a hospital’s intensive care unit (ICU), and 6,520 others were placed on ventilators. The US has marked new hospitalizations highs nearly every day since November 10, the Wall Street Journal reported.

In California, where officials are struggling to curb the deadly virus’ spread, Democratic Gov. Gavin Newsom has warned that “drastic action” such as imposing full stay-at-home orders may be needed in the coming days, should spiking trends hold.

A Monday briefing by Newsom revealed that 75% of the ICU beds across the Golden State are occupied. Additionally, projections provided by the governor indicated that without any COVID-19 intervention, ICUs would be overloaded to 112% of capacity with patients suffering from the novel coronavirus.

At present, the US has three vaccine candidates that have showed efficacy rates over 90% in trials. The drugs are expected to be reviewed in the next few weeks before an anticipated clearance is given by the US Food and Drug Administration (FDA) for an emergency use authorization.

The first approved doses are expected to be released to first responders and nursing home residents and staffers; however, after an FDA approval, it’s up to states to decide who will be first in line.