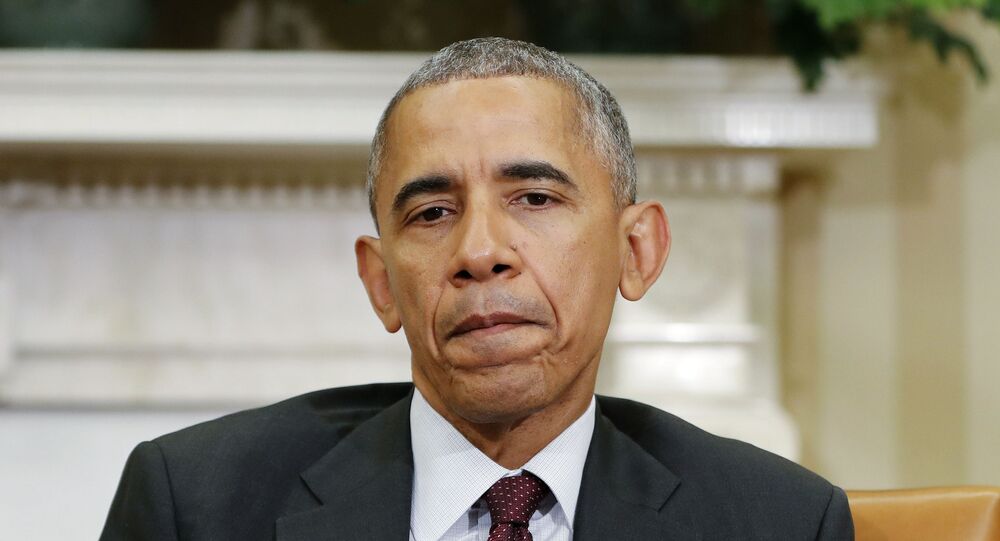 For years UFO enthusiasts have maintained that the US government is hiding evidence of extraterrestrials. Some have claimed that US Air Force assets located in Nevada, commonly known as Area 51, are used by the government to house and conduct tests on aliens.

Former US President Barack Obama revealed that he inquired with US intelligence agencies about UFOs during his tenure, but refused to reveal what answer he was given. The 59-year-old made the statement during an interview with Stephen Colbert, the host of The Late Show, during which they discussed Obama’s latest book, "A Promised Land".

During the conversation Colbert became interested in whether intelligence agencies failed to answer one of the questions Obama asked during his tenure. The former two-term Democratic president said that was never the case, but admitted that "there are times when prying information out of the bowels of an agency can be challenging".

Colbert then quickly asked whether Obama spoke about UFOs with the agencies.

"Certainly asked about it", replied the former president.
"And?" asked Colbert.
"Can’t tell you. Sorry”, Obama answered with a smile.

The TV host pressed the world leader on the issue, noting that the US president's answer sounded like a confirmation.

"Alright, I’ll take that as a 'yes'. Because if there were none, you’d say there was none. You just played your hand. I thought you were a poker player. You just 100 percent showed your river card”, Colbert said to Obama as the two laughed.

The former president marveled at how older 20th century conspiracy theories about UFOs and the US government possessing alien ships appear so "tame" compared to the present day.