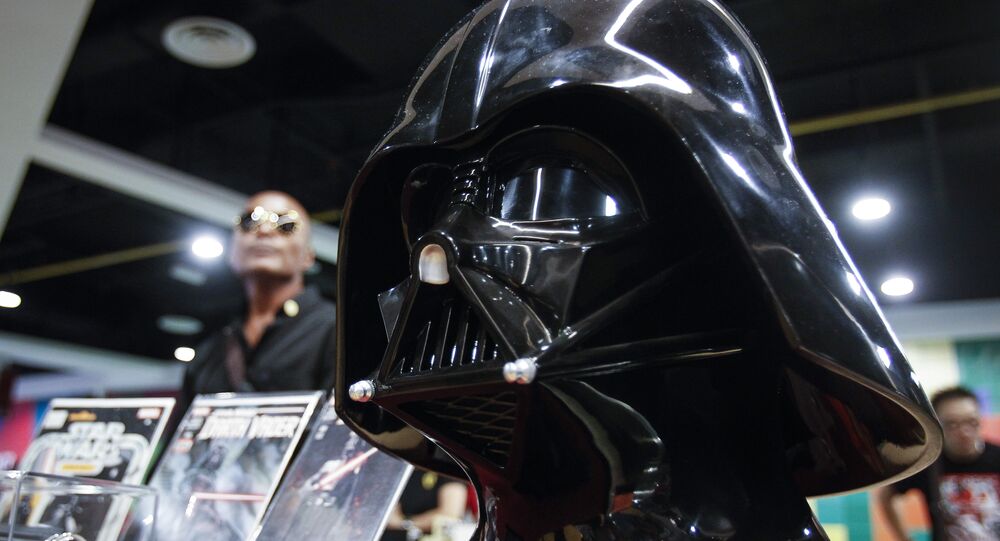 The mask and helmet of Darth Vader, the well-known antagonist from the original Star Wars trilogy, has remained a staple in pop culture and media decades after he first stepped onto the screen in 1977.

According to law enforcement, speaking to the outlet, 38-year-old Frank Hebert was arrested Monday night after he allegedly gained access to the Bad Robot Productions offices in Santa Monica, California, where he then burgled a number of iconic Star Wars memorabilia, including the legendary villain's helmet.

TMZ said that cops responding to the scene were informed by security personnel that Hebert had been caught on surveillance video breaking into the building via the roof and casually walking off with a shopping cart of material.

Cops quickly sighted someone pushing a cart down the street near the area, which was reportedly full of Star Wars trophies and props that had been used in the movies.

Hebert was reportedly arrested and booked under a felony charge of non-residential burglary.

The incident follows the death of the actor who originally played the legendary villain, David Prowse, at age 85 after suffering a coronavirus infection.

Abrams was responsible for the return of the well-loved series, with the 2015 hit-film Star Wars: The Force Awakens. In 2019, Abrams directed Star Wars: The Rise of Skywalker, the trilogy's finale.

An archetypal villain, Darth Vader, since his first appearance in Lucas's first Star Wars movie in 1977, has become an iconic cultural staple.

Neighbor Leaves UK Couple Over $500,000 Worth of ‘Star Wars’ Collectibles