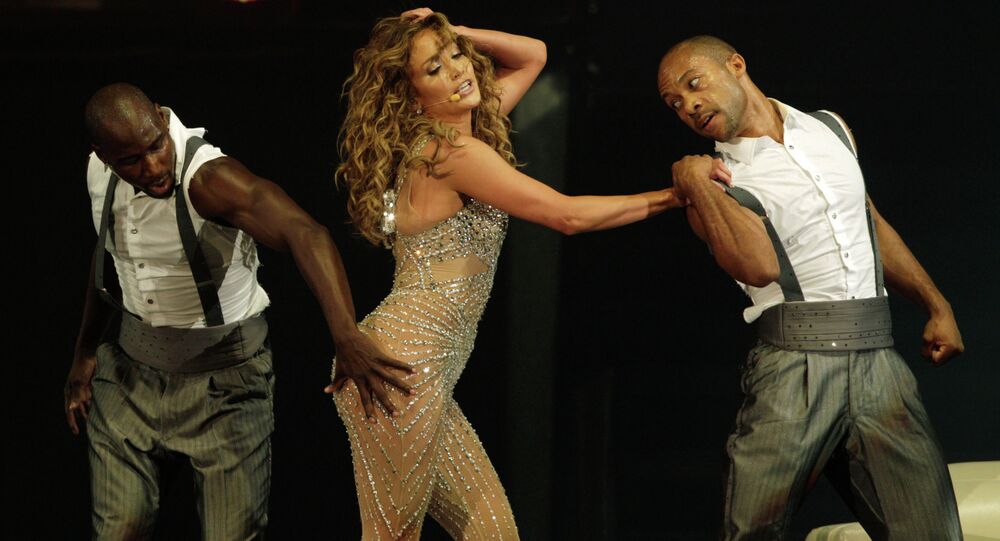 This week, American singer and actress Jennifer Lopez set Instagram ablaze with some stunning nudes as a part of a promotion for her upcoming single. Very few remained unbothered by smooth curves of the 51-year-old.

Ulrika Jonsson, a British-Swedish TV presenter, lashed out at recent photos posted by Jennifer Lopez and Jennifer Aniston in a column for the Sun, saying that the celebs’ good looks were “toxic”.

“Creating unrealistic expectations does so much damage and this slavery to perfection really needs to end,” the ex-ITV and BBC host said.

Friends star Jennifer Aniston, 51, recently donned a yoga suit for a photoshoot to promote a wellness brand. According to Johnson, seeing Aniston’s pics nearly caused her hysteria as the journalist had felt “like someone took a giant needle and pricked what remaining, marginally inflated self-confidence I may have scraped from the floor in my 54th year.”

But when another Hollywood talent, Jennifer Lopez, simply known to fans as J-Lo, shared naked pics of her 51-year-old body, Jonsson said that it was “another low blow” that had elevated her “feelings of insignificance” to a new high.

According to Jonsson, who has also shared nude pics in the past, this “peddling of perfection” was “doing some very real damage”, to the world.

"It’s bad enough a dried-up old has-been like me feeling intimidated, paltry and pointless, but I’m concerned about the effect on all women, young and older, famous and 'normal',” she wrote.

The journalist called upon celebs not to make this post-50 body idealisation a “new normal” to avoid the detrimental effect this could have on women’s feeling of self-worth.

Probably not everyone would agree with her, as J-Lo’s nude post promoting her new “In The Morning” track has already gathered over 7 million likes in just one day. Fans just could not stop commenting on how great Lopez looked like at her age – something many believed should be praised, rather than feared.