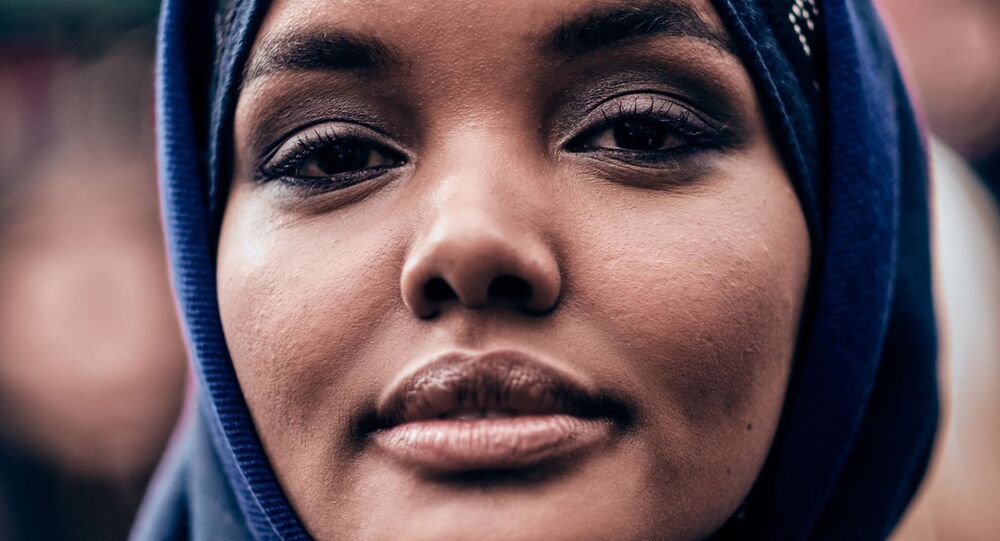 Kenya-born fashion star Halima Aden will go down in history as the first hijab-wearing model to appear on the covers of Vogue Arabia ad British Vogue, walking down international runways for major brands, including Kanye West's Yeezy.

Halima Aden has made a shocking announcement to her 1.2 million followers on Instagram stories, saying that she has decided to quit working in runway shows.

According to the 23-year-old model, who became the first woman to wear a hijab and burkini during the Miss Minnesota USA pageant in 2016, some of her religious beliefs were compromised throughout her fashion career which she had re-evaluated during the COVID-19 pandemic.

Aden, whose parents are of Somali origin, now believes that she made "mistakes" when it came to representing the traditional head covering for Muslim women.

According to Aden, who has a contract with IMG Models, this included missing obligatory prayer times, as well as her participation in an American Eagle Outfitters campaign that she said made her sob, after the model agreed to cover her head with pair of jeans instead of a headscarf for the photoshoot.

"But… this isn't even my style?? Never was. Why did I allow them to put jeans on my head when at the time I had only ever worn skirts and long dresses?", she shared in one post.

"I went back to my hotel room & just sobbed after this shoot because deep down I knew this wasn't it. But was too scared to speak up".

Fashion was NEVER for me. I am for the PEOPLE! I am for my IMAAN! I have WOKEN UP!!! https://t.co/kuzoZLfgZi

​The iconic model, who became the first "hijabi" to appear on the covers of Allure, Vogue Arabia, and British Vogue, noted that she only had herself to blame "for caring more about opportunity than what was actually at stake".

"Thanks to COVID-19 and the break away from the industry, I have finally realised where I went wrong in my personal hijab journey", Aden wrote, while praising her mum for support and guidance in coming to this decision.

The model also dubbed her 2017 Vogue Arabia cover a "mockery", rather than "representation", saying that she wished she could continue bringing her black hijab to set –something she did for her campaign with Rihanna's Fenty Beauty.

The "Diamond" singer responded to Aden's revelation with "love you so much Queen" on her Instagram stories.

Fellow model Gigi Hadid also supported her industry co-worker and "sis Halima" for bringing her struggles to light, while saying that it was "so important, as a hijabi or not, to self reflect and get back on track with what feels genuine to us - It's the only way to feel truly fulfilled".

Aden concluded, saying as quoted by Sky News, that she would not completely quit her modelling career but instead would continue making appearances if the hijab remains "visible" in a way that meshes with her religious beliefs.