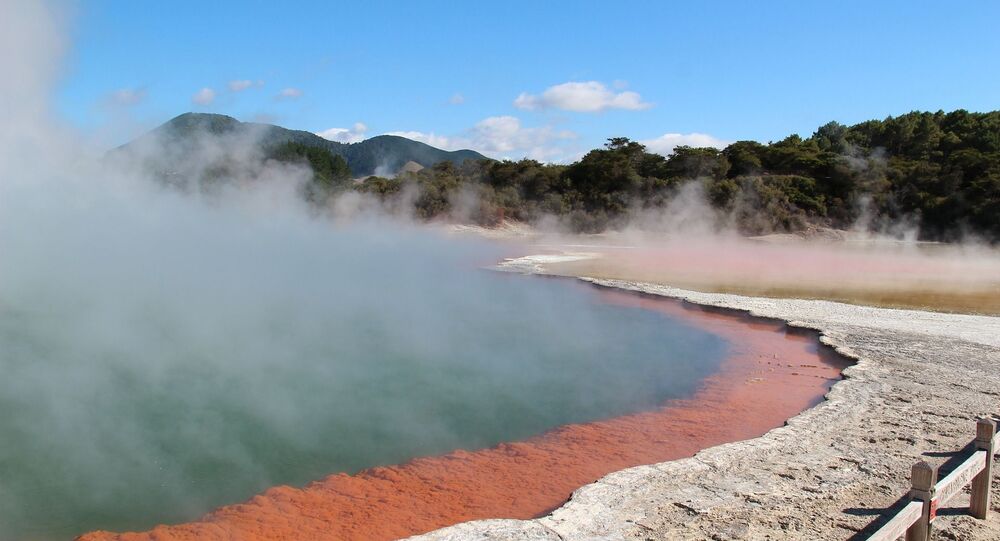 New Zealand is situated within the so-called Ring of Fire, a 40,000 km long area in the Pacific Ocean that is home to more than 90% of the world’s volcanoes.

A group of geologists from the University of Otago are planning to reduce carbon-based emissions by using the heat from an extinct 11-million-year-old volcano in Dunedin, New Zealand, The Guardian reported.

Dr Mike Palin and his colleagues from the university plan to dig two holes 500 metres deep into the volcano to study whether its heat could be a viable energy source.

If the study shows that the heat from the magma is enough, it will be captured by pumping water underground in a loop and then heating buildings.

Dr Mike Palin is sure that the heat will be sufficient.

The scientists are seeking some NZ$1 million (US$700,000) from the government's Smart Ideas programme, as New Zealand has pledged to reduce its carbon emissions to zero by 2050.