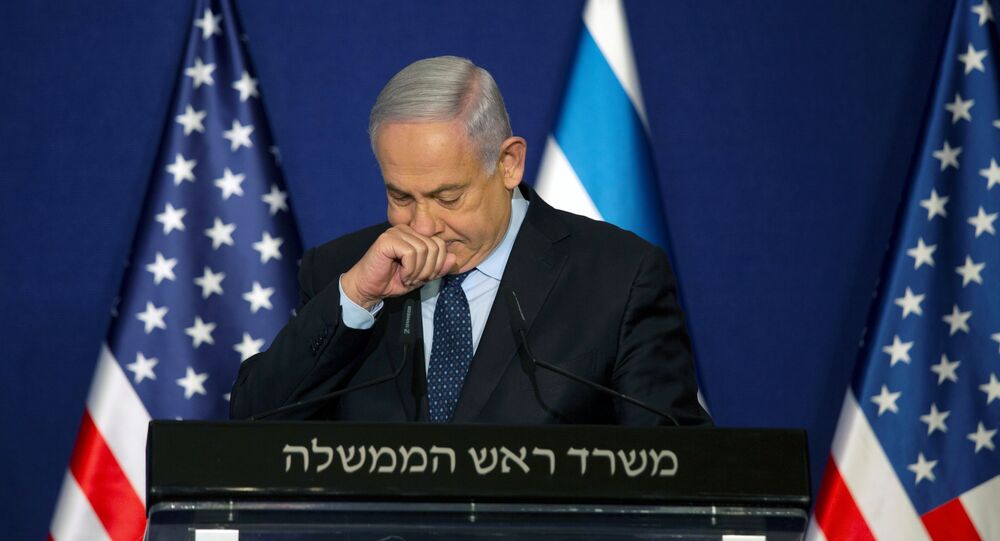 'Women Are Not Animals You Can Hit': Netanyahu Makes Snowball of Gaffes During Speech on Violence

The prime minister was making a statement ahead of the International Day for the Elimination of Violence Against Women. Israeli social services organisations have reported a rise in complaints of domestic violence since the outbreak of the coronavirus.

Israeli Prime Minister Benjamin Netanyahu has shown to every politician what can happen if you fail to stick to the script. During an emotional speech on the need to eliminate violence against women Netanyahu made a gaffe comparing women with animals.

"Women don't belong to you, women are not an animal you can hit", the prime minister said.

After this remark the politician apparently decided to emphasise that animals must not be subjected to violence either and said: "And today we say you don't hit animals either".

This was probably the right time to turn to another segment of his speech, but instead the PM decided to plough ahead and ended up with a huge snowball of gaffes.

"We are rightfully compassionate toward animals, we really connect to this", Netanyahu said, gesturing for some reason towards his wife. "So, if we are compassionate toward animals — women are animals. Children are animals. Animals with rights, and this matter needs to pass from the world and I hope we don't see these shocking things", the PM concluded.

The word "baalei hayim" (animals) quickly thereafter went viral on social media in Israel and Netanyahu's comments caused a wave of indignation. "We are citizens, we are human beings... not animals", said Knesset member Aida Touma-Sliman in a post on Twitter.

​Netanyahu's office said his statements were taken out of context.

"Prime Minister Netanyahu, who spoke from the bottom of his heart today about women's rights and against any violation of them, only gave an example of abuse in a small part of his speech when he also spoke about harm to animals, but in no way intended to compare them", read a statement released by the office.

Netanyahu's speech came a day before the International Day for the Elimination of Violence Against Women. Israel has seen an increase in domestic violence this year. According to local media, 19 women have been killed by their partners so far this year. The issue has sparked public protests with demonstrators criticising the government for failing to implement a plan to combat domestic violence proposed in 2017.