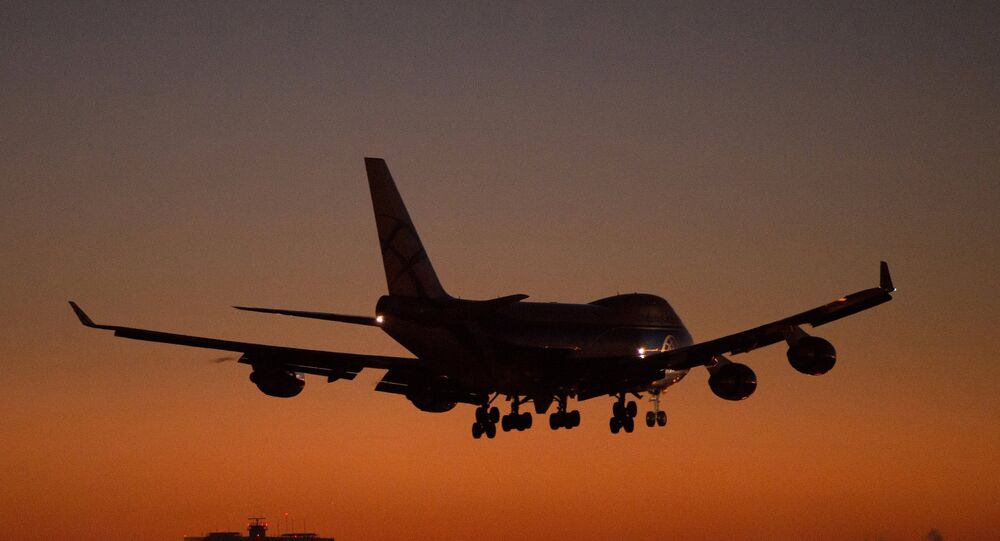 The incident, which occurred on 1 September while the aircraft was landing, was rated a “Category A” event by the UK Airprox Board, an organisation that monitors safety and investigates crashes and near-miss events.

A Boeing 737 miraculously escaped a "head on" collision with an unidentified flying object, The Sun wrote, citing a report from the UK Airprox Board. According to the newspaper, the mysterious object whizzed past the aircraft at a distance of 10 feet (3 metres) as it was attempting to land at Leeds Bradford Airport.

"Both pilots suddenly saw a bright light and an object which appeared to be moving toward the aircraft, almost head on, slightly up and to the left. The object appeared without warning and there was no time to act", read the report by UK Airprox Board, as cited by The Sun.

According to the tabloid, following the incident the pilots were told that a police helicopter had seen a lantern flying in the sky. However, the newspaper writes that the report by the UK Airprox Board mentions that neither of the pilots believes that what they saw "was a lantern".

The incident reportedly came three days after an Airbus 320 carrying 186 passengers was involved in a near-miss with a drone, which was flying 20 times above the allowed limit. According to The Sun, the drone flew less than a metre from the jet, which had just taken off from Manchester Airport.

The UK Airprox Board's report mentions that there were nine incidents of planes in near misses with drones or unknown objects in the United Kingdom in September.