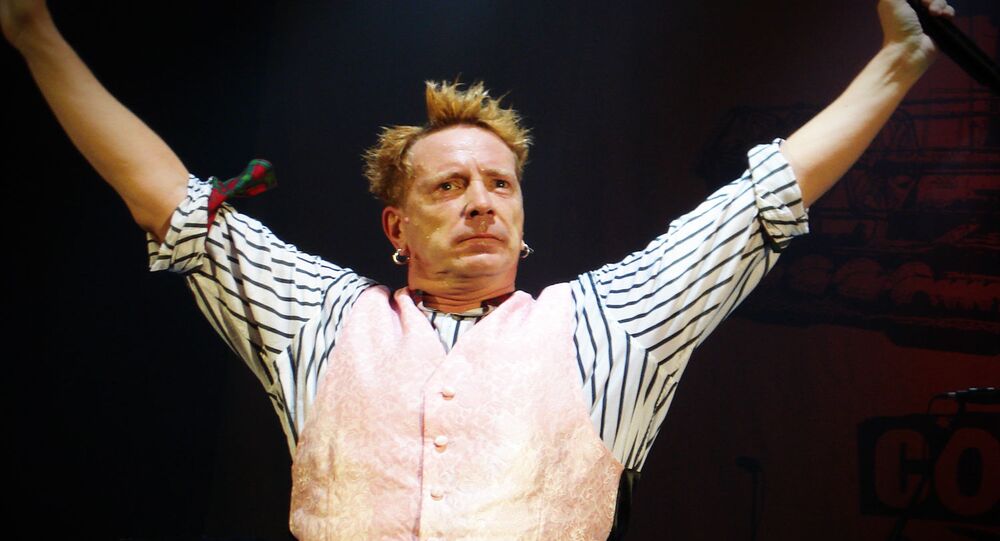 Rock musician John Lydon, best known under his stage name of Johnny Rotten, was formerly the lead singer of the famous punk band The Sex Pistols, authors of such hits as Anarchy in the UK and God Save the Queen.

Ex-Sex Pistols frontman and a prominent wildlife enthusiast Johnny Rotten was bitten by fleas below his belt, while befriending squirrels outside his home in Venice Beach, Los Angeles, the Daily Star reported Sunday.

"I looked down there this morning at my willy and there's a f****** flea bite on it. And there's another one on the inside of my leg", the newspaper quoted the musician.

Lydon reportedly said he experienced severe itching, and only Vaseline was able to soothe his discomfort, because he doesn't intend to "blame the poor squirrels".

"The bites, wow, last night was murder because of it. The itching too. It's such a poxy thing to get caught out on. The only way around it, because I'm not going to blame the poor little squirrels, is to Vaseline my legs", Lydon said. "I just hope they don't get the wrong idea".

According to the report, in his new book, I Could Be Wrong, I Could Be Right, Lydon admits to letting rodents into his house.

"There’s no petting. If they want to nudge up that’s fine, but I know it’s for a peanut and not because I’m lovely", he stated. "I’m determined to keep my squirrel friends independent, y’know"

The former Sex Pistols' frontman confessed to spending a "fortune" to keep his furry friends happy and well fed.

John Lydon is also the host of a wildlife nature show on the Discovery Channel, popular for Lydon’s peculiar style and unmitigated excitement about all kinds of animals. The punk singer's home in California is always open to creatures that live around him.

'You Came to the Wrong Neighbourhood!' Squirrel Employs Intimidating Tactics to Drive Away Serpent