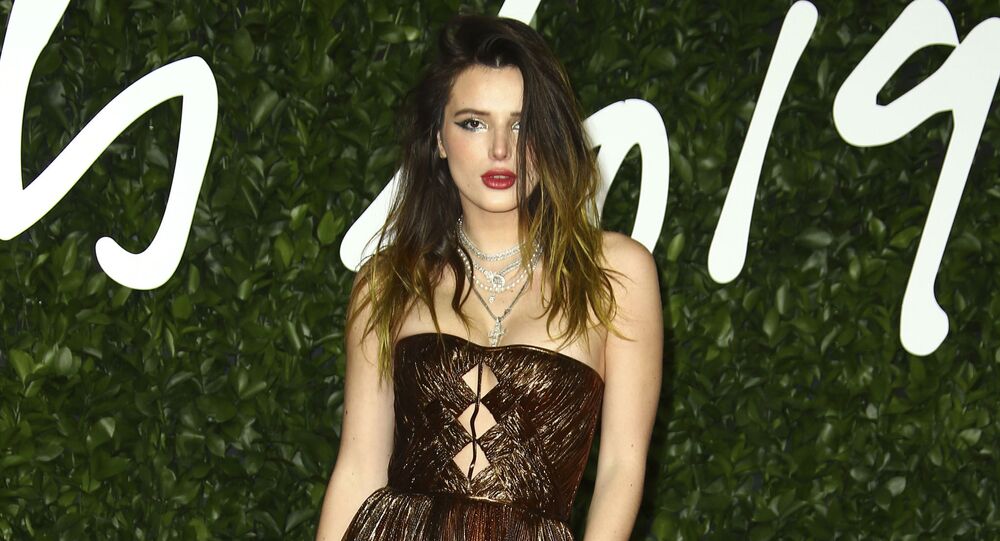 Former teen star Bella Thorne recently set adult website OnlyFans on fire, after her newly-created page reportedly racked up a record of $1 million within 24 hours of its launch. Some subscribers however later accused the artist of a “scam”.

Social media darling Bella Thorne came out as a vocal critic of our new reality, after complaining to Jezebel’s Rich Juzwiak that the world we currently live in does not forgive any wrongdoings – especially if you are a public person. In Thorne’s words, “it’s an exhausting hump to bear.”

In the movie, Thorne portrayed an unnamed female, casually walking around with a hatchet in her bag, while attempting to solve the mystery behind her father’s death. Thorne’s performance has already received a positive response from critics, with many pointing out how atypical the role was for the former Disney star and model, who definitely likes to be anything but predictable.

“If you make a mistake, your head will get cut off. I think these expectations we’re putting on people in general, not just women, it is crazy. It’s crazy that we think life is about mistakes. You’re supposed to live and learn and change. Your mistakes drive you to be different person. But holy f**k, bro, if you make one mistake…,” Thorne continued her rant.

According to the actress, she now has to be “so worried all the time,” when she is preparing for her roles and projects because she could not say certain things “because someone’s going to get upset”.

The revelation came just following a summer scandal, when Bella Thorne was accused of a “scam” by users of the X-rated platform OnlyFans, for allegedly failing to provide them with “nude” content which they had paid for. OnlyFans is an adult website, which sees content creators sharing their highly intimate photos with a close circle of most devoted “fans” who are ready to pay big bucks.

According to reports, the site has crashed “briefly”, after the 23-year-old talent launched her profile this August, and managed to earn a record of $1 million in subscriptions just in 24 hours.

Prior to the interview with Jezebel, Thorne’s team, however, said that the OnlyFans topic was off-limits.