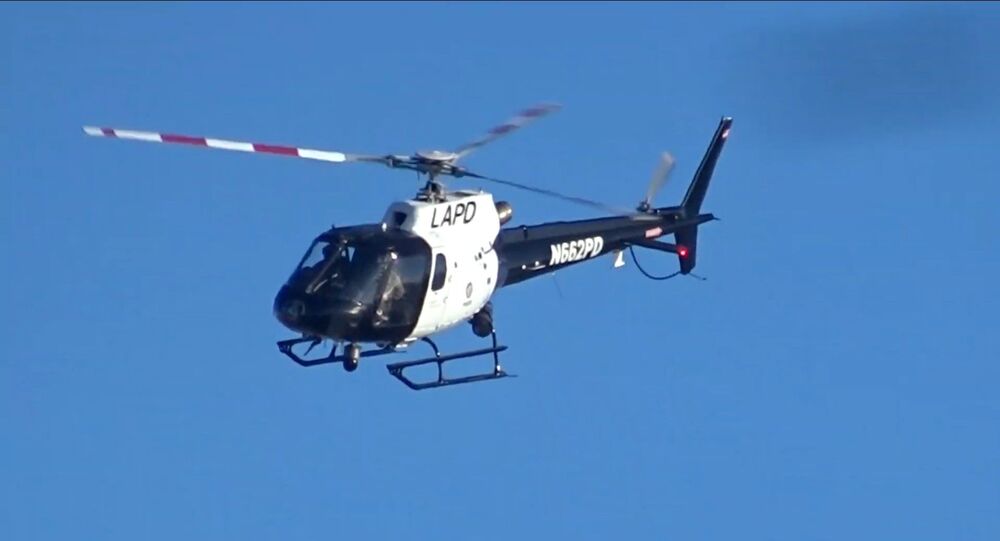 The case against the California resident is believed to be the first US criminal case in which an individual has been arrested and charged with unsafely operating a drone, according to the US Attorney’s Office for the Central District of California.

Andrew Rene Hernandez, a 22-year-old man from Hollywood, California, was arrested Thursday after authorities alleged that he had “recklessly” operated a drone that wound up crashing into a helicopter belonging to the Los Angeles Police Department (LAPD).

A release issued on the arrest explains that the incident unfolded on September 18 when air support was called in to assist with a burglary call made at a Hollywood pharmacy. Although the commercial drone was spotted by officials, measures taken by the helicopter's pilot to evade the unmanned aerial vehicle were unsuccessful, and the pair collided.

As the drone was immediately sent crashing to the ground, officials were forced to make an emergency landing after the helicopter suffered damages to its nose, antenna and bottom cowlings. “If the drone had struck the helicopter’s main rotor instead of the fuselage, it could have brought the helicopter down,” states a criminal complaint filed on Wednesday.

Additional investigation into the crash led to the discovery of the drone’s camera and SD card, which in turn revealed that Hernandez was the operator of the drone. After investigators tracked down Hernandez and carried out a home search in October, the local resident revealed that he decided to fly the drone simply because he wanted to “see what was going on” with the officers.

An ongoing probe into the collision is being headed by the FBI’s Joint Terrorism Task Force and the LAPD. The US Federal Aviation Administration (FAA), which has implemented strict rules regarding the recreational use of commercial drones, is assisting in the investigation.

Although it's unclear how much exact time Hernandez may spend behind bars, the release does state that the misdemeanor offense carries a maximum sentence of one year in prison. The charge of unsafe drone operation was added to the US criminal code in 2018.