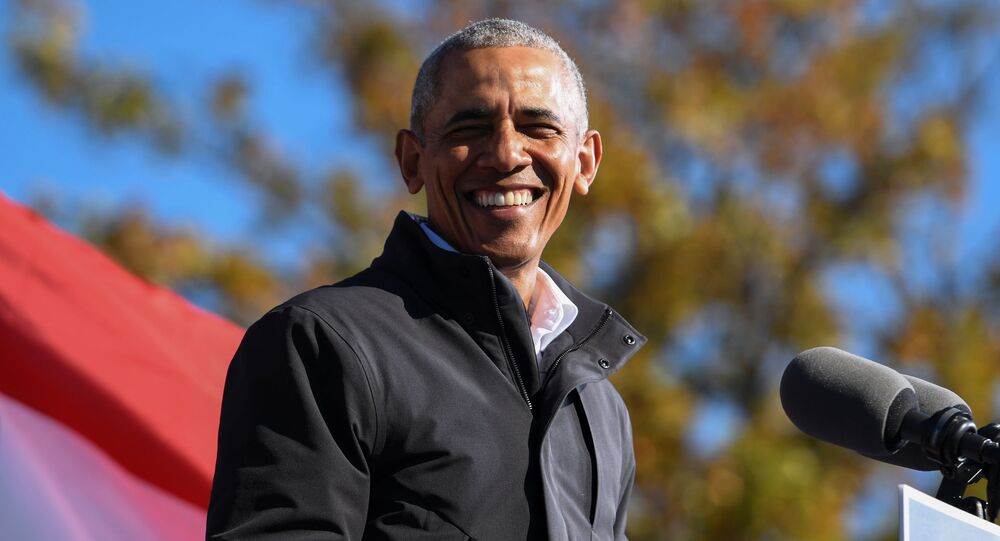 Former two-term US President Barack Obama released a memoir earlier this week, titled "A Promised Land," the first volume of a series featuring his rise to power and the first two and a half years of his eight-year presidency.

The 44th president of the US, Barack Obama, freely admits in a new memoir that, during his college days, he had somewhat poor knowledge of politics and a great interest in meeting women, Fox news reported.

The future president confessed that he would read German socialist Karl Marx and German-American philosopher Herbert Marcuse, in an attempt to make a favorable impression on women living on campus.

"Looking back, it's embarrassing to recognize the degree to which my intellectual curiosity those first two years of college paralleled the interests of various women I was attempting to get to know: Marx and Marcuse so I had something to say to the long-legged socialist who lived in my dorm," the former president wrote.

A columnist at the Wire and scholar Mohammad Taqi expressed his appreciation of Obama's reading of Mancuse, commenting on a book extract on Twitter.

Great to know that President Obama was also reading — albeit for ulterior motives — Marx, Marcuse and Fanon during college. Herbert Marcuse’s One Dimensional Man was an essential reading in our study circles and his “democratic unfreedom” thesis quite a stir pic.twitter.com/Oq1FkRtVvY

Obama mentioned other famous intellectuals and authors, including Frantz Fanon, Gwendolyn Brooks, Michel Foucault and Virginia Woolf, whom he recalled reading to get the attention of various women that he met during his college days.

"As a strategy for picking up girls, my pseudo-intellectualism proved mostly worthless; I found myself in a series of affectionate but chaste friendships," Obama recalled.

Obama’s memoir reached a sales record on the first day of its release, with over 887,000 copies of the book sold, including pre-orders. Earlier works by the former president, have also proved popular with readers over time. "The Audacity of Hope" published in 2006, has brought its author $8.8 million and "Dreams from My Father", published in 1995, has brought him an estimated $6.8 million.