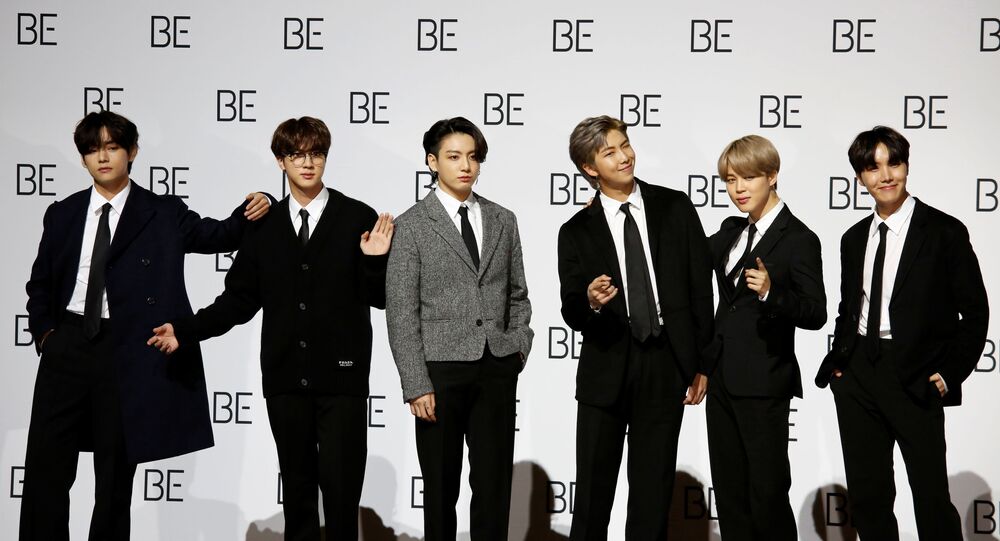 South Korea’s septet BTS has recently landed a number one spot in America’s Billboard chart with its well-received single ‘Dynamite’. The song also became part of the band’s newest release.

#BTSArmy, the day has arrived 💜

The group’s music label Big Hit Entertainment also confirmed that their new song “Life Goes On” will be remotely performed this Sunday during the 2020 American Music Awards.

“The name ‘Be’ is a verb, it is a very open concept,” Jimin, one of the group’s vocalists who acted as a music project manager during the album’s preparation, said during the press conference that preceded the release.

“In our discussions ‘life goes on’ came up as a recurring idea.”

BTS noted that 2020 was especially challenging, considering the cancellation of their world tour amid the global pandemic, which members said left them “depressed.” On the other hand, the South Korean musicians witnessed skyrocketing success in the US this year, after their ‘Dynamite’ single, also a part of the new album, which came in first on the the Billboard Hot 100 chart.

It goes without saying that the Army was thrilled with the album’s release, with some noting that the product was “most emotional” work BTS have ever produced, also featuring personal mixtapes and joint collaborations.

Their happiness is our happiness. Thank you BTS for this beautiful and warm album. We love it and will cherish it sincerely. We purple you💜💜💜💜🥺🥺🥺🥺 amazing work!!! #LifeGoesOnWithBTS #BTS_BE #BTScomeback pic.twitter.com/0kApxXGqWR

Jungkook is credited for 'Production Coordination' of BTS 'BE' Album✨

I love them too..@BTS_twt you guys doing excellent.. for me this is most emotional album, watching your MV literally I started crying 🥺 each and every songs touch my heart 💜 #LifeGoesOnWithBTS #BTS_BE pic.twitter.com/9Cszu9QboH

The seven-member band is scheduled to perform live in South Korea on 31 December, their first live concert since April.