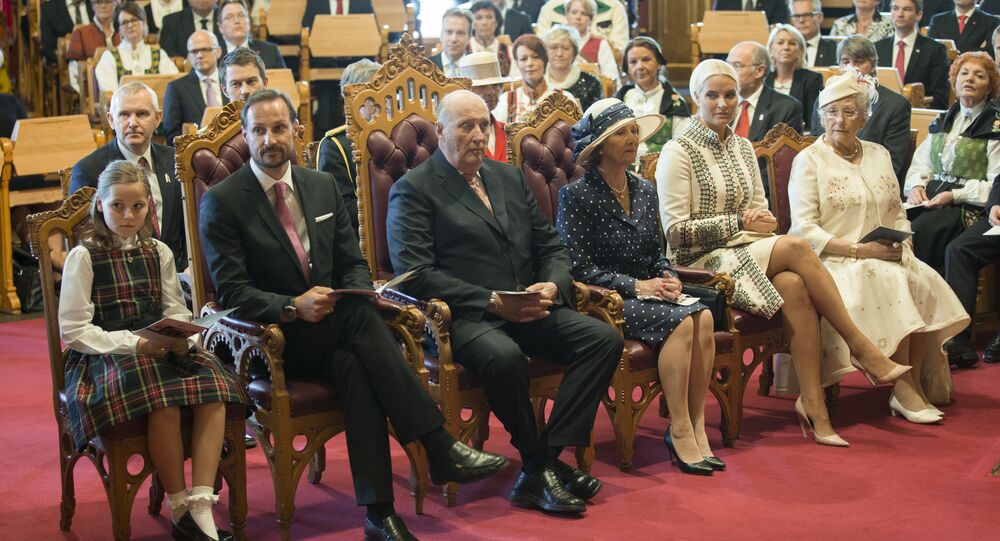 The royal quarantine comes just weeks after King Harald underwent a heart operation; he was on sick leave through last month.

King Harald and Queen Sonja of Norway were placed in Covid-19 quarantine on Thursday evening, after an employee at the Royal Palace in Oslo tested positive for the novel coronavirus.

Before the quarantine, described in a statement as “self-imposed”, the 83-year-old ruler of Norway had returned to office after a successful heart operation. While still recuperating, King Harald took part in a government meeting and greeted new ambassadors to Norway. He was discharged on 1 November and has since then has held audiences with new ambassadors from Thailand, the United Arab Emirates, and Greece.

While Crown Prince Haakon will step in to take over his public duties, meeting Estonian President Kersti Kaljulaid, King Harald will conduct meetings via telephone from the royal residence on Bygdøy in Oslo.

Queen Sonja, also 83, went into quarantine, too, after having what was described as “close contact” with the infected employee. According to the palace's press release, neither the king nor the queen have so far exhibited any symptoms of the virus.

In total, 14 of the 160 members of the palace staff are also in quarantine. The palace described anti-infection routines at the palace as “in line with regulations and recommendations from the authorities”. Palace employees have reportedly complied with social distancing, used face masks, maintained cleanliness and hand hygiene and worked from home.

The king’s meetings next week on the palace’s official programme, including meetings with the chief of Norway’s Home Guard, foreign minister and recently knighted Norwegians, are subject to cancellation.

Earlier this year, Covid-19 hit the British Crown, with Prince Charles and Prince William both becoming ill at some point in April.