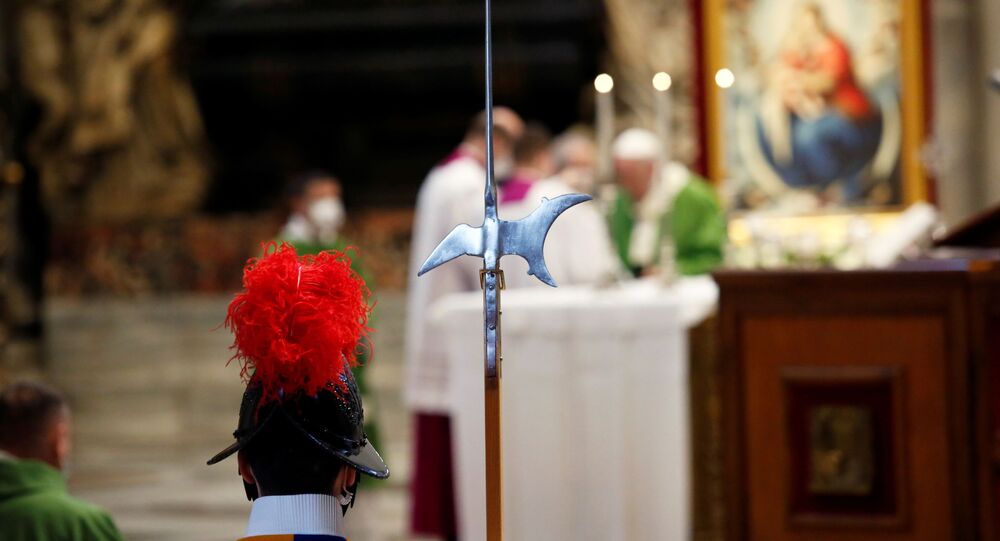 On 13 November the news came that the official Instagram account of the global leader of Catholicism, Pope Francis, put “like” on a photo of Brazilian model Natalia Garibotto in lingerie and a school uniform-style miniskirt. Though the “like” was removed the next day, it sparked a fair amount of interest on the Internet.

The Vatican has launched an inquiry into how Pope Francis’s official Instagram page placed a “like” on a racy photo of Brazilian model Natalia Garibotto wearing a short mini-skirt and lingerie, the Catholic News Agency reported.

Citing sources close to the Holy See, the agency says that the pope’s social media accounts are managed by a team of employees, and the investigation is to determine how the “like” occurred.

The “like” was quickly removed on 14 November after the accident received widespread publicity. Garibotto and her public relations team used the occasion to promote her worldwide as “going to heaven”.  Neither account - the model or the pope - follow each other or has ever put a “like” of a post by the other.

Vatican officials reportedly did not comment on the Garibotto “like” or whether the investigation has officially been launched.

Some followers of the pope expressed that the “like” shows no vicious or incorrect action, noting that the pope’s recent comments on sexuality and marriage are contemporary and liberal.