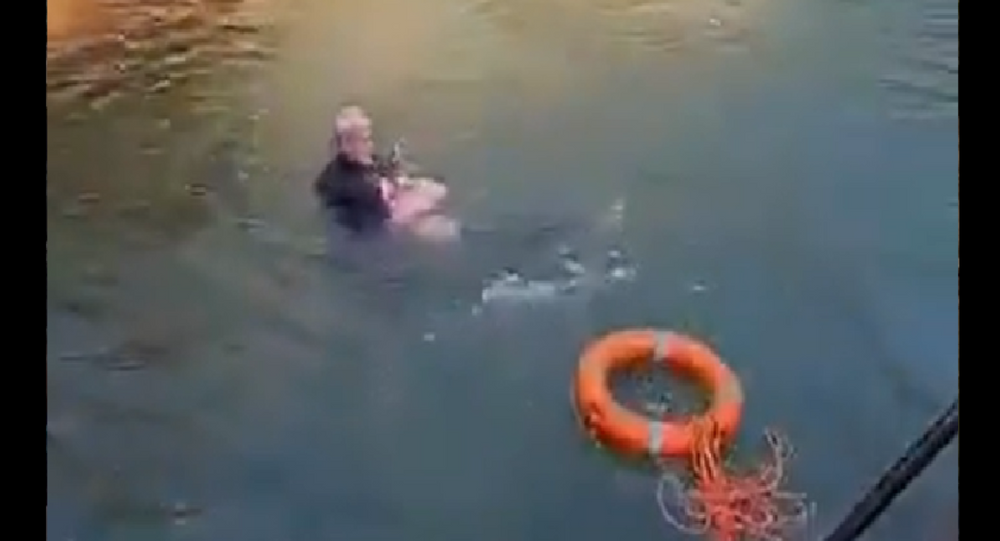 A British consul general in the Chinese city of Chongqing has been proclaimed a hero after a video of him saving a young woman from drowning on Saturday went viral on social media in China and the UK.

The video, filmed by an eyewitness, was posted on Monday on the official UK embassy Twitter account. Stephen Ellison, 61, a British diplomat, was walking down by a river in a village near Chongqing when a 24 year old female Chinese student slipped on the rocks of the river bank and fell into deep water.

The video shows her struggling in the water before disappearing under a bridge and revealed floating face down, apparently unconscious. The British consul general took off his shoes and, fully clothed, dove from a steep bank to save her. He successfully collected the woman, and was thrown a life belt to drag her to safety.

We are all immensely proud of our Chongqing Consul General, Stephen Ellison, who dived into a river on Saturday to rescue a drowning student and swim her to safety. pic.twitter.com/OOgXqsK5oe

Social networks users acknowledged his actions as heroism. The hashtag “British consul-general in Chongqing saves female student who fell in the water” gained almost 40m mentions on Chinese social media Weibo, according to a report.

Some users in the comment section questioned why so many Chinese people stood motionless aside on the river bank, watching the woman drown, instead of trying to save her. Some suggested that few locals know how to swim and also fear being involved in a public incident.

‘He Came Back From the Dead’: US Hiker Survives Heart Stopping for 45 Minutes