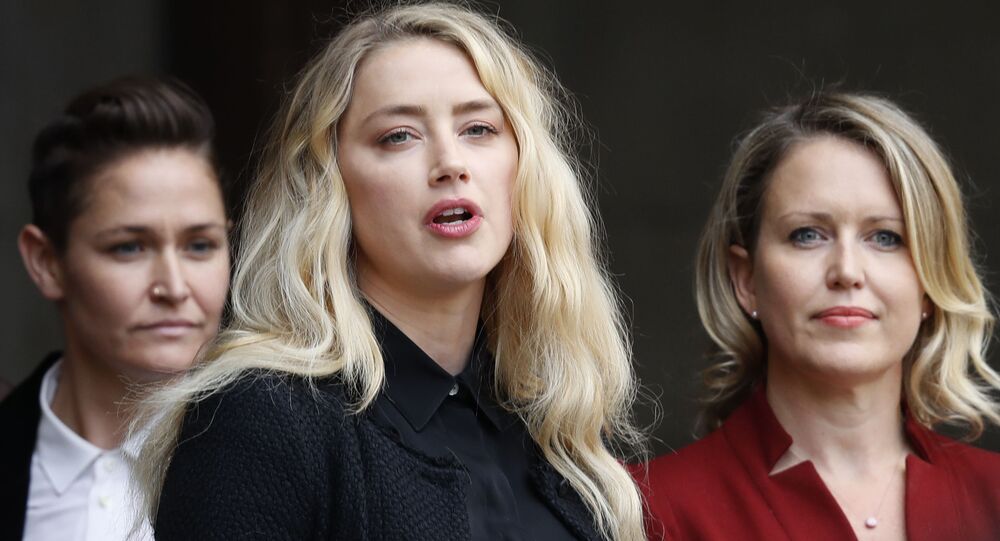 The 34-year-old star of Aquaman has grabbed headlines across the world since accusing her then-husband and Hollywood star Johnny Depp of domestic violence. Depp has filed a $50 million defamation lawsuit against Heard, claiming her accusations are part of an "elaborate hoax" aimed at advancing her career.

Amber Heard's lawyer Jennifer Robinson says she has faced worse abuse for defending the actress than when working for whistleblower Julian Assange. Robinson has been defending the founder of the WikiLeaks website ever since he landed in Washington's crosshairs following the publication of classified documents, detailing possible war crimes committed by American forces during the Iraq and Afghanistan wars. She said she received death threats when she took on the Assange case, but notes that she and Heard had to resort to police protection during a libel trial against The Sun in July, where the actress was a witness.

"It all upset me because it shows how far we still have to come in terms of how society reacts to women who've made allegations of domestic violence. I found it to be a sad reflection on our society that although Amber was a witness and not on trial herself, we had to have security. Some days we had police protection. People were throwing things at our car, shouting abuse – we even passed a huge billboard saying 'Ditch the witch', with her face on it", said Robinson.

The Australian lawyer described Heard as "one of the most intelligent" and "remarkable" women she's ever met. The actress' case is of particular importance to Robinson because her grandmother ran a shelter for victims of domestic violence.

"As a child I often visited with her, so these issues are very important to me. I have no time for women who don't support other women. If things are going to change we have to stand together. I'm looking forward to working with Amber on an ongoing basis. We talk a lot about women's rights and the work we need to do", Robinson said.

As a lawyer she is legally bound not to discuss the multimillion-dollar defamation suit Heard's ex-husband Johnny Depp filed against the actress, but she recently retweeted her US co-counsel allegedly hinting that Heard's legal team has "voluminous" evidence to prove Depp was guilty.

Depp and Heard met on the set of "The Rum Diary", in which the two starred. They started dating and living together three years later. In 2015, the couple tied the knot, but just 15 months later the actress filed for a divorce and accused Depp of physically abusing her. The actor has categorically denied the allegations. The pair reached a $7 million settlement in August 2016 that said the marriage had been bound by love and that there was no intent to cause physical or emotional harm.

In 2019, he filed a defamation suit against Heard, after she wrote an op-ed in The Washington Post in which she spoke about being a victim of domestic violence. The actress revealed that she had been denied a film role after speaking out about being a victim of physical abuse and noted "how institutions protect men accused of abuse". Although she did not mention Depp by name in the article, he sued her, saying it was clear that Heard meant him.

Heard's legal team previously submitted photos showing her with bruises, but Depp claimed the evidence was fabricated and the accusations are part of an "elaborate hoax" aimed at advancing Heard's career.

For a long time the public was on the side of Amber Heard, however since Depp's legal time leaked audio tapes, revealing that Heard herself was violent and admitted to starting fights with Depp, public opinion has been split. Depp's fans have even gone so far as to launch several petitions calling on film studios to ditch Heard from their upcoming projects.