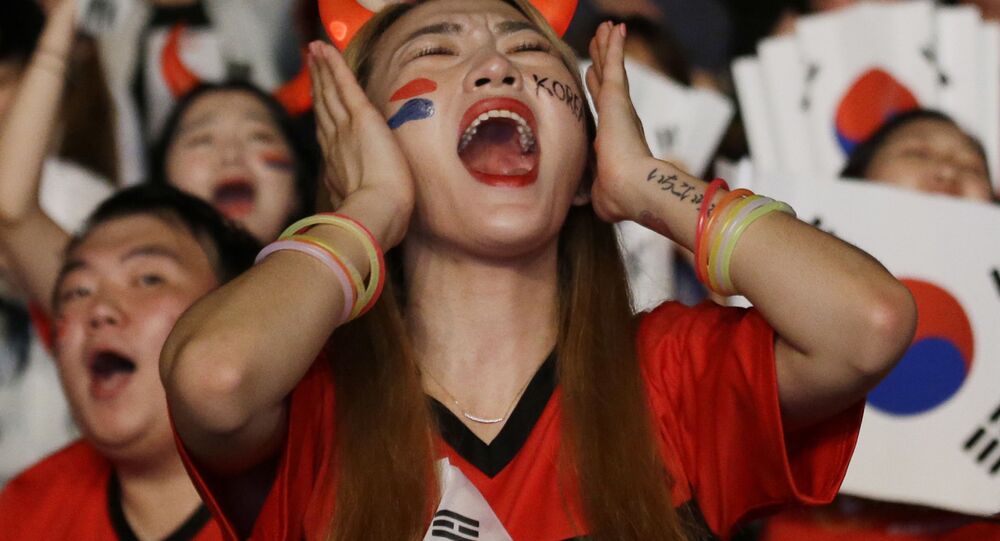 The book was penned by a Canada-based columnist, Devon Rowcliffe, who spent a year in South Korea watching top K-League matches. In his book Rowcliffe focused on the success of Busan IPark when it was headed by Scottish manager Ian Porterfield.

From Park Ji-Sung to Son-Heung-min – South Korea has given the world many talented football players, however top athletes from other countries have shied away from playing for the nation's clubs due to Seoul's tensions with its neighbour North Korea, says a new book called "Who Ate All the Squid? Football Adventures in South Korea". The book covers the early 2000s, when the DPRK was run by Kim Jong-il.

According to author Devon Rowcliffe, footballers were afraid of playing in South Korea due to Pyongyang's bellicose rhetoric towards its southern neighbour.

"There was quite a bit of tension - there were issues with North Korean test firing missiles, threatening they were developing nuclear weapons. The leader then was Kim Jong-il. He was firing off missiles regularly to rattle the western world. I'm pretty sure it was in the back of the mind for a lot of foreign players", wrote Rowcliffe.

He notes that if players expressed a desire to play in South Korea, they more likely chose to play for clubs that were located in the south of the country, further from the border with North Korea.

"One of the benefits of being in Busan in the south east was you were in the part of Korea which was the furthest from North Korea. All of the clubs area based in Seoul and they are very very close to North Korea", wrote Rowcliffe.

His book focuses on the success of Busan IPark when it was coached by Ian Porterfield, who once led Chelsea. Porterfield managed to lure players from the English Premier League to Busan. In 2004, the club won South Korea's FA Cup.

Relations between the two neighbours deteriorated once again after Pyongyang destroyed an inter-Korean liaison office, used as a de-facto embassy between the two countries and cut off communication with Seoul.