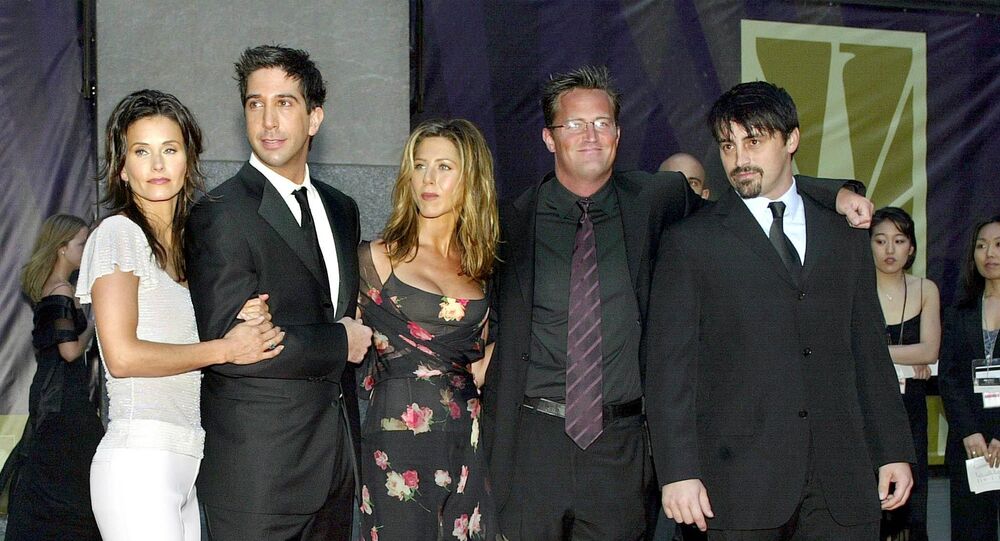 One of the most popular American sitcoms, Friends aired from 22 September 1994 to 6 May 2004, lasting 10 seasons. After years of anticipation and rumors, the long-awaited reunion of those six mates who seem to have plenty of time simply to meet up in a cafe and talk about life may finally become a reality.

American-Canadian actor Matthew Perry says he will return to his role of Chandler Bing in the sitcom, loved by millions of people around the world, in March 2021.

The actor wrote a post on Twitter, saying the shooting of Friends is "rescheduled for the beginning of March" after postponement of the one-off unscripted special because of the coronavirus pandemic.

​The long-awaited reunion was supposed to be launched on the HBO Max streaming service in May 2020, but the filming has been repeatedly delayed thanks to the COVID-19 outbreak, that shut down all production of movies in Spring 2020.

According to HBO Max, the episode is expected to be filmed in the studio with a live audience.