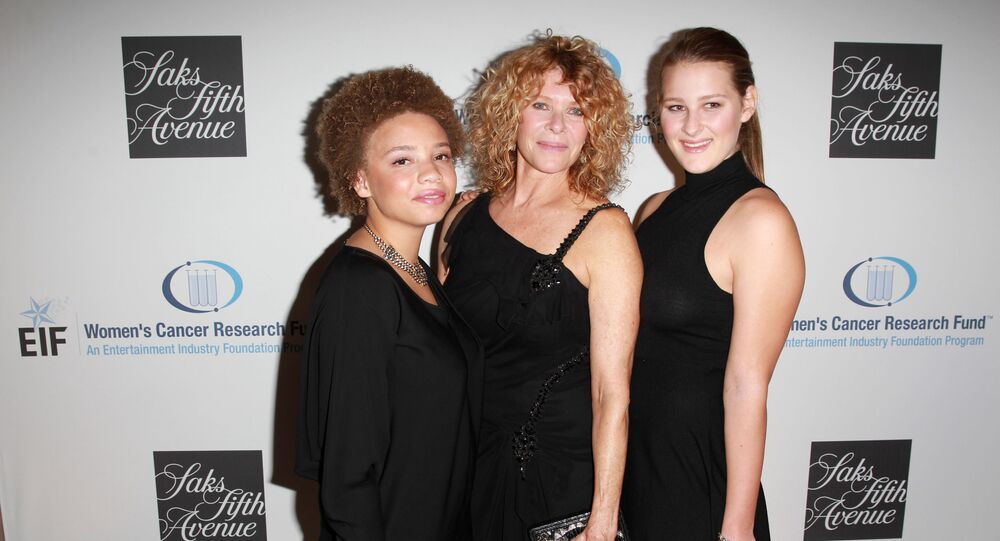 Mikaela was adopted at birth by the acclaimed director and his wife Kate Capshaw. The young woman has previously said that her parents approve of her job and were “intrigued” when she told them about her desire to work in the adult film industry.

Mikaela is a webcam model. She said she doesn’t have sex with another person on camera. All her videos show her performing solo acts. The young woman, who previously battled alcohol and substance addiction after suffering sex abuse at a young age, said she is now in the middle of a "healing process" that has saved her life.

"I felt like had I not done the work I needed to do on myself, and on my relationships, I would have been dead within the year", she said.

Will she follow in her father’s footsteps and become a director? The young woman says her ultimate goal is to start painting.

"I would want to do the art direction and not the actual direction. My end goal for my life is to start painting again, and sex work is a way to get to a spot where I’m secure in my finances to paint. I really do enjoy performing though, so I’m probably going to be a performer for the rest of my life. I love it that much", Mikaela said.