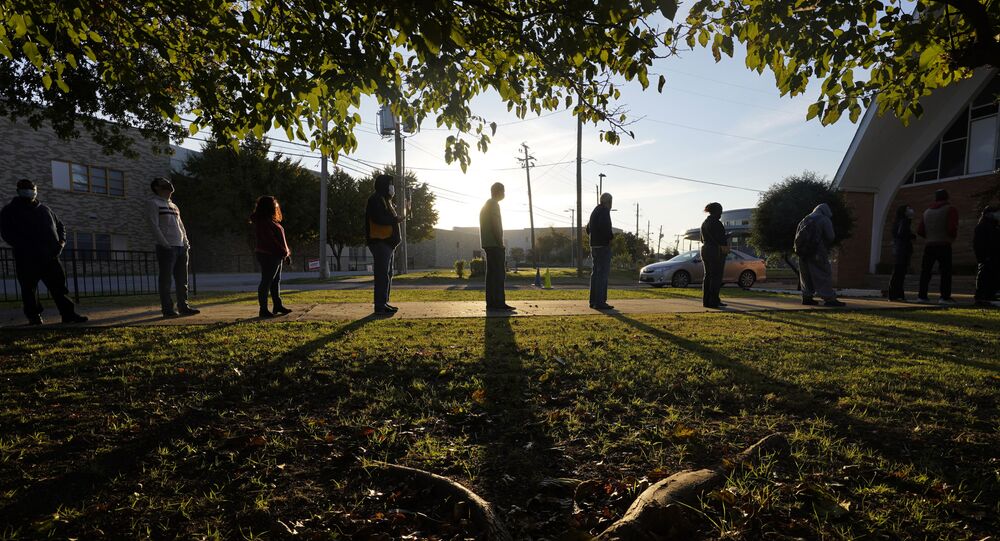 An analysis by the Associated Press (AP) reveals that US President Donald Trump received enormous support from voters in US counties with the highest numbers of new COVID-19 cases per capita.

In fact, the analysis reveals that 93% of 376 counties with the highest numbers of new COVID-19 cases per capita voted for US President Donald Trump in the 2020 election. AP did not specify the time frame used to determine case counts for the analysis.

Most of those counties were rural ones in Montana, the Dakotas, Nebraska, Kansas, Iowa and Wisconsin, which are also areas that have lower rates of mask-wearing and social distancing, according to AP.

The analysis, however, was limited to counties where at least 95% of precincts had reported election results. In addition, the counties were grouped into six categories based on COVID-19 case rates per 100,000 residents.

“Public health officials need to step back, listen to and understand the people who aren’t taking the same stance [on mask-wearing and other measures],” Dr. Marcus Plescia of the Association of State and Territorial Health Officials said in a statement to AP.

“I think there’s the potential for things to get less charged and divisive,” he added.

There also appears to be a divide between Republican and Democratic voters on the US’ pandemic response.

According to AP VoteCast, a nationwide survey of over 110,000 voters, 36% of Trump voters said the pandemic is completely or mostly under control, while 47% said it is somewhat under control. However, 82% of voters who supported Democratic nominee Joe Biden said the COVID-19 pandemic is not under control in the US.

The survey also shows that the pandemic is considered somewhat controlled by slight majorities in many Republican-leaning states such as Alabama (60%), Missouri (54%), Mississippi (58%), Kentucky (55%), Texas (55%), Tennessee (56%) and South Carolina (56%).

In Wisconsin, where COVID-19 cases spiked just before the US election, more than half of surveyed residents (57%) said the pandemic was not under control.

Trump voters interviewed by AP voiced that they believed the president was doing as good a job as anyone could in responding to the pandemic, also highlighting that they value individual freedom.

“I feel like the most important issue facing the country as a whole is liberty at large. Infringing on people’s freedom, government overrule, government overreach, chaos in a lot of issues currently going on and just giving people back their rights,” Michaela Lane, a 25-year-old Republican, told AP.

However, for other voters interviewed by AP, Trump’s response to the pandemic prompted them to cast a vote for Biden.

“If there was any chance that I was going to vote for Trump, it was eliminated because of the pandemic,” Eric Engstrom, a 31-year-old investment analyst, told AP.

The analysis also found that US voters had largely favorable views of Dr. Anthony Fauci, the director of the National Institute of Allergy and Infectious Diseases, with 53% of Trump voters approving of Fauci’s response to the pandemic. On the other hand, about 90% of Biden voters approved of Fauci’s handling of COVID-19. Overall, 73% of voters had a good opinion of Fauci’s performance during the pandemic.

Americans continue to wait for the results of the 2020 election, with Biden leading Trump in several battleground states, including Pennsylvania, Arizona and Nevada.

The latest data by AP shows that Biden is leading the race with a total of 264 electoral votes, just six shy of the 270 required to take the presidency. Trump, on the other hand, trails with 214 votes.

Protesters Gather in Philadelphia as Vote-Counting in US Election Continues