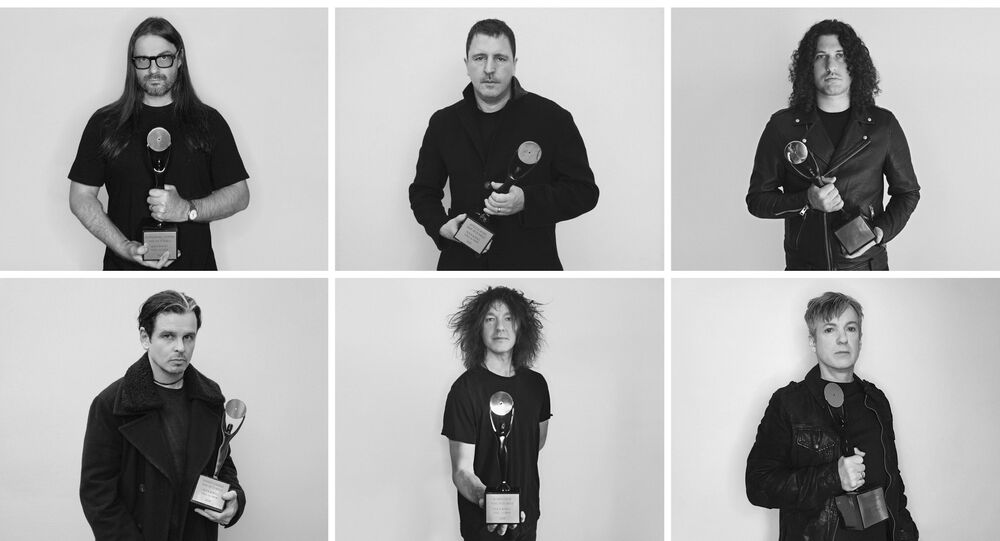 The iconic American band will be inducted into one of the world's most prized institutions for its achievements as well as career spanning 32 years and over a dozen music releases.

US industrial rock band Nine Inch Nails is set to be inducted in the Rock and Roll Hall of Fame on Friday, it was announced.

Frontman, singer and multi-instrumentalist Trent Reznor formed Nine Inch Nails in Cleveland in 1988, and has led the band through 11 studio releases and numerous remixes, EPs and live albums.

The inductees will hold a live panel discussion on their work with New Zealand journalist David Farrier on the group's social media at 11:00 PST.

Speaking on the event, producer, drummer and engineer Chris Vrenna said in a statement that his years with the band were "some of the best of my life".

"Thank you to every single fan…past, present, and future that continue to discover NIN. I personally appreciate all the fan support not only during my time in NIN, but for my career afterward as well. I am eternally grateful for everything we accomplished with NIN," he concluded.

Albums such as The Downward Spiral, The Fragile, Pretty Hate Machine, The Slip, Hesitation Marks and others have been received with praise and positive reviews in the band's career.

The group has also performed with artists such as David Bowie, Gary Numan, Marilyn Manson, Bauhaus, A Perfect Circle and many others.

The Rock and Roll Hall of Fame was established in 1983 and hosts an annual induction ceremony, with artists such as The Beatles, Bob Marley, James Brown, David Bowie, Prince, Beastie Boys, Radiohead, Depeche Mode and many others receiving titles in previous events.

Artists become eligible 25 years after their first record and are selected by a committee of experts as well as individual fans.

Grammy's Rename World Music Award Due to 'Connotations of Colonialism'