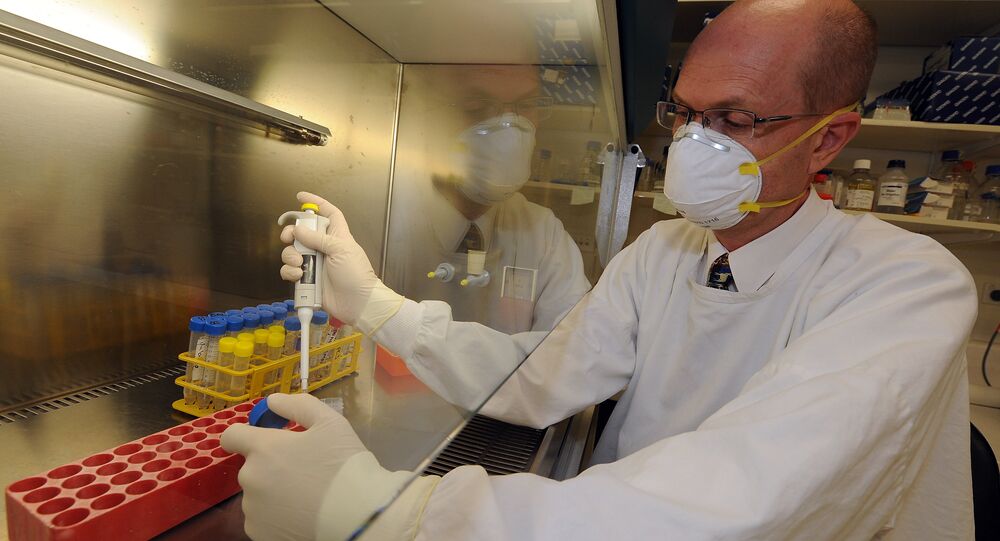 Health officials in Canada on Wednesday reported the country’s first case of a human becoming infected with the H1N2 virus, a rare strain of swine flu.

According to health authorities, the case was detected in the western province of Alberta in mid-October and appears to be isolated.

In a Wednesday statement obtained by CBC News, Alberta’s Chief Medical Officer of Health Dr. Deena Hinshaw and Chief Provincial Veterinarian Dr. Keith Lehman revealed that the case is the 27th such infection globally since 2005.

"A confirmed case of variant Influenza A (H1N2)v has been detected in central Alberta," Hinshaw and Lehman said in the statement.

"This currently appears to be one isolated case and there is no increased risk to Albertans at this time. This is the only influenza case reported in Alberta so far this flu season,” they added.

The health professionals also noted that despite the fact that there is only one case of the virus, it still needs to be taken seriously. "We are taking this seriously, as any human infection with a non-seasonal influenza virus needs to be followed up under our international obligations," Hinshaw said.

The chief medical officer also explained that the virus caused flu-like symptoms in the patient.

"In this particular case there was nothing about the presentation or the history that indicated any different concern than anyone else presenting with an upper respiratory tract type infection - influenza-like illness symptoms," she explained.

"As part of our typical lab process, whenever we get an influenza positive, especially early in the season, part of the process is to move through into a typing, to understand what type it is, and as a part of that process it was identified that it was a non-seasonal strain,” she added.

The patient was advised to stay at home for 10 days and followed that recommendation.

Health officials are currently collaborating with Alberta Agriculture and Forestry, Alberta Health Services and the Public Health Agency of Canada to determine the source of the virus.

According to News Medical Life Science, H1N2 is a subtype of the influenza A virus and is a highly contagious respiratory infection that can spread among both human and pig populations. Some of the symptoms associated with the disease include a sore throat, a cough, general malaise, fever and muscle aches.