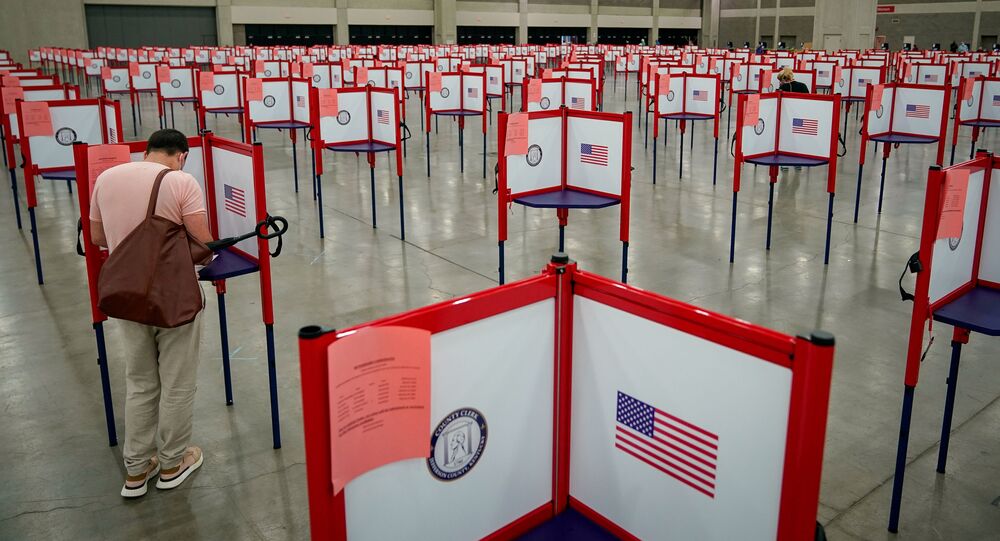 The tenants of Ed Pagel’s Trailer Park in Fort Morgan, Colorado, were recently met with a highly questionable notice allegedly dispersed by the lot’s landlord, warning that should Democratic challenger Joe Biden win the 2020 presidential election, their rent would double.

Dated October 19, the notice states that a Biden win would mean that “everything you do and have to pay for will change completely.”

“Everything will be increased. Like paying ALOT [sic] more in taxes, utilities, gasoline, groceries, new permits, fees and regulations … everything!” the letter reads. “This also means YOUR RENT will be increased to cover these expenses. Most likely, rent would DOUBLE in price!”

However, in the event that US President Donald Trump manages to snag his second presidential term, rent will not be increased for at least a period of two years, the letter adds.

“Voting is your choice and we are not telling you how to vote. We are just informing our tenants what WE will do according to the election results. If Trump wins, we all win. If Biden wins, we all lose,” the letter concludes, before urging individuals to vote on November 3.

The letter bore the signature of landlord Bernie Pagel, who has yet to issue a statement on the matter after it was revealed to local news stations, including 9News, which published a copy of the letter it had been sent by tenants.

Shenika Carter, the founder and president of Colorado-based nonprofit Caravan 4 Racial Justice, shared a copy of the landlord’s letter on Facebook, commenting, “Voter intimidation right in our own backyard.”

Cindy Marquez, a tenant of the majority-Latino community, told 9News that her family has never received such a notice from a landlord in the 20 years that they’ve lived at the location. In fact, many of her neighbors were completely shocked by the letter.

The matter has been referred to the Colorado Secretary of State’s Office and is presently being investigated by the state attorney general’s office. Federal law prohibits voter intimidation, punishing offenders with a fine, a one-year prison sentence or both.