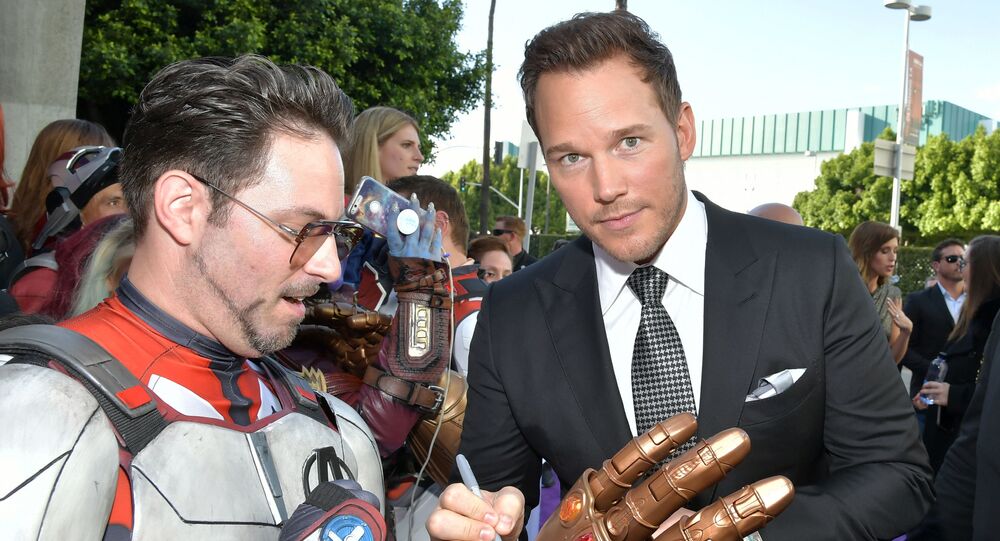 American actor Chris Pratt, known for starring in both television and action films, has found himself in hot water after fans all over the internet have started accusing him of being silent about US politics during a crucial election year.

Marvel stars Robert Downey Jr and Mark Ruffalo along with Zoe Saldana have supported Chris Pratt after Twitter users branded the actor 'Hollywood's Worst Chris', criticising him for not being involved in the US politics, claiming it's evidence he is a secret fan of Donald Trump.

Mark Ruffalo has urged Twitter critics to leave Pratt alone and concentrate their attention on the upcoming presidential election.

"What a world... The 'sinless' are casting stones at my brother, Chris Pratt", Robert Downey Jr. said on Instagram, sharing a photo of him and Pratt on set.

What a world... The “sinless” are casting stones at my #brother, Chris Pratt... A real #Christian who lives by #principle, has never demonstrated anything but #positivity and #gratitude... AND he just married into a family that makes space for civil discourse and (just plain fact) INSISTS on service as the highest value. If you take issue with Chris,,, I’ve got a novel idea. Delete your social media accounts, sit with your OWN defects of #character, work on THEM, then celebrate your humanness... @prattprattpratt I #gotyerbackbackback

Zoe Saldana has joined her fellow actors in defending Pratt, supporting her Guardians of the Galaxy co-star.

​Pratt's wife also participated in the conversation, by replying to an Instagram post about the dispute from E!, which invited followers to determine which Hollywood Chris "has to go?"

"Is this really what we need? There's so much going on in the world and people are struggling in so many ways. Being mean is so yesterday. There's enough room to love all these guys. Love is what we all need not meanness and bullying. Let's try that", Katherine Schwarzenegger wrote in a comment.

Pratt came under fire for not attending a virtual fundraiser in support of Democratic Presidential Candidate Joe Biden. Pratt's involvement in a conservative church reportedly made fans believe that he was behind Donald Trump, a 'no-no' in liberal Hollywood.

Earlier this month, the actor was criticised for urging fans to vote for his movie, Onward, in the People's Choice Awards in an Instagram post and thus avoiding the US political conversation.

Some fans, however, noted that other Marvel stars haven't come to the rescue of their castmates such as Brie Larson, Zendaya, and Tessa Thompson when they were facing online harassment of their own.

Avengers cast Avengers cast
when Brie Larson when people joke
is harassed about Chris Pratt
for 3 years being Republican pic.twitter.com/08neKSYA1o