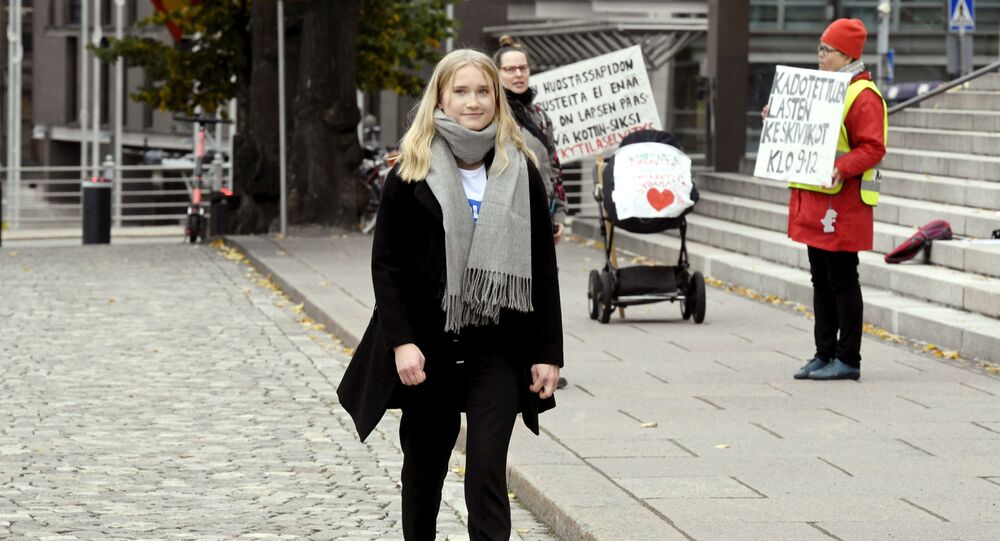 Backed by the United Nations, Girls Takeover Day is meant to celebrate the power of girls and highlight the barriers they face.

Sixteen-year-old girl, Aava Murto, has walked in the shoes of Finland's prime minister as part of a UN day to raise awareness about gender inequality.

The incumbent Social Democrat Prime Minister Sanna Marin ceremoniously stepped aside, allowing Aava Murto, a native of the small town of Vääsky in the south of Finland, to call the shots ahead of International Day of the Girl Child on 11 October.

Prime Minister’s seat has for one day been occupied by 16-year-old Aava Murto.

Murto wants to focus on opportunities for the most vulnerable girls to benefit from technology.

In the #girlstakeover by @PlanGlobal girls around the world step into the shoes of leaders. pic.twitter.com/EWZK8rEgXb

​During her day as prime minister, Murto met with cabinet members and other MPs and delivered a statement, dwelling on how Finland could help develop technology to improve opportunities for girls worldwide, how young people could teach adults to be more innovative and to think more about the future, and how girls across the globe still face harassment online.

Murto also stressed that gender equality ambitions will fall short as long as girls are pushed aside from using and developing technology. "Girls, too, have a digital future, and that is why girls should have a voice in technology", Murto said, emphasising that girls need to realise how important they are and that they are just as good as boys when it comes to technology.

On October 7th Prime Minister @MarinSanna's seat was occupied by 16-year-old Murto for one day, as a part of Girls Takeover event organised by @PlanGlobal. #GirlsTakeover

​While stressing that three out of four girls and women have experienced violence online, she underscored that girls are not merely victims, but represent enormous potential.

"Girls Takeover", a recurring occurrence, also happened at numerous Finnish companies, including in the IT and technology sector. In the words of its backer Plan International, while there has long been an International Women's Day and an International Day of the Child, neither of these days recognise the unique position of girls who are discriminated against simply for being young and female.

Finland is regarded as among the world's leaders when it comes to supporting women's rights, and the current centre-left coalition government led by the Social Democrats is led by five female party leaders, including Sanna Marin.

At 34, Marin, a former cashier raised in what she called a "rainbow family", is one of the world's youngest government leaders and Finland's youngest prime minister.