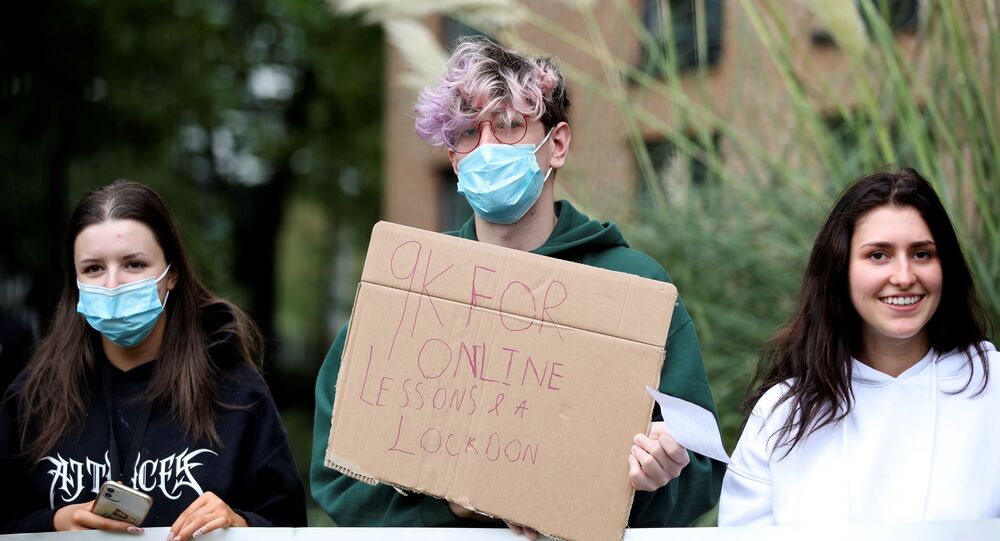 The UK government keeps failing universities in Britain, the teaching staff, and the students, according to union chiefs amid growing numbers of coronavirus cases on campuses.

University and College Union General Secretary Jo Grady has lashed out against the government for allowing “a university to continue with in-person teaching despite being the site of a massive outbreak, in an area that is already badly affected by Covid, are not fit for purpose”.

Grady referred to the increase in the number of COVID-19 cases at Northumbria University in Newcastle upon Tyne, as she called on Downing Street to “stop pretending universities are well prepared for this crisis”. She said that stopping in-person teaching would be one of the steps to take in order to prevent a crisis.

Northumbria University has seen 770 students test positive for COVID-19 since returning to campus for the start of the term.

Other universities in the country have also suffered from the pandemic and the restriction measures enforced by the government, including curfews and self-isolation in often rather small rooms in the halls of residences.

My uni charging £17 a day for food if you have to isolate is an absolute shambles. How can they expect everyone on budgets to be able to afford that??

Pubs are not the problem - our daughter is fine (thanks for the messages) but pretty much all of her room mates in uni halls at Owens Park have covid pic.twitter.com/hhTQgXMavv

There isn’t a law in the land that could’ve stopped me picking up either of my kids if they were effectively isolated and alone in a Uni room. Remember the Cummings get-out clause... concerns about the wellbeing of your family always trumps Covid 🤷🏼‍♀️

​Other universities have also been dealing with the threat of the virus spread, as well as reactionary behaviour by students, whose academic and personal life has been disrupted by the pandemic.

Students have been protesting on campuses, including at Manchester Metropolitan University, against the fact that they still have to pay the same tuition fees for fewer opportunities and a lower quality of life on campus, as well as online lectures as opposed to regular classes.

Security at the University of Manchester, where 1,041 cases were reported on Sunday, is said to have stopped a party “which had a policy that you could only get in if you were positive”, according to an 18-year-old fresher.

“There was a flat party a few days ago which had a policy that you could only get in if you were positive. It was like their health-and-safety measure”, a student said.

In 15 minutes I’ll be on radio 4 talking about the failings of Manchester University to keep students or the local community safe following Covid outbreaks. And how students and staff have been let down by ministers and universities, who have insisted on a return to campus👇🏼 https://t.co/M16J9hpqqI

The UCU last month criticised the decision by the government to allow a mass return to university campuses and then blame students for a second wave of COVID-19 in Britain.

“For ministers and universities to rely on the behaviour of students, rather than deploying the public-health infrastructure needed to control the virus, is a complete shirking of their own responsibility. Students have been told to move, live, study and socialise together. It is totally unacceptable for Matt Hancock to try and suggest that they will be at fault for any second wave”, Jo Grady said in September in response the Health Secretary comment he was 'concerned' about students returning to university.

Higher education in the UK has been adapting to online teaching and learning since the outbreak of COVID-19. According to the government's guidance, universities are meant to, where possible, “support their students to socialise in COVID-secure environments (for example campus bars, Student Unions) and should identify safer social activities for students”.