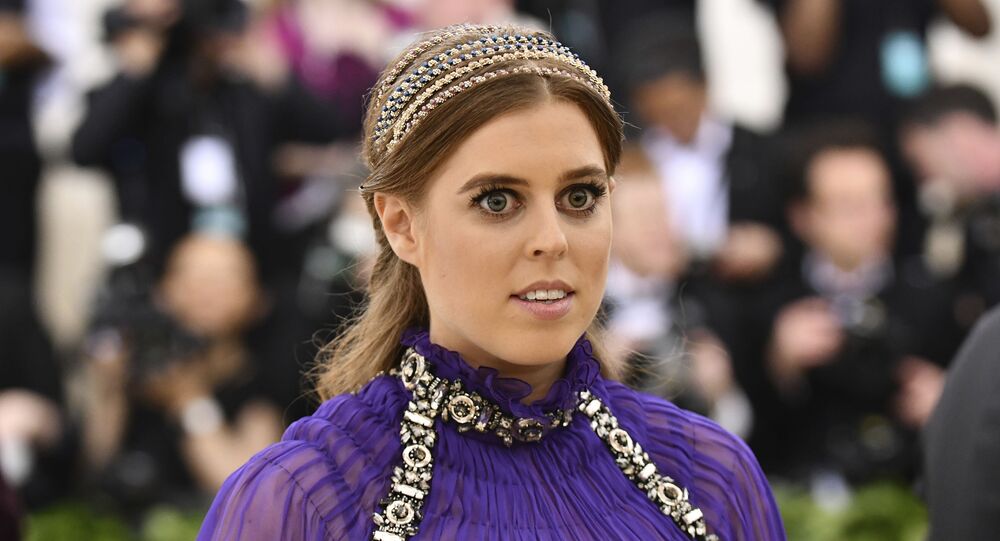 The 32-year-old royal has repeatedly been in the headlines over the past two years because of her father, the Duke of York, who is involved in the Jeffrey Epstein sex scandal. The constant media scrutiny surrounding her father, even prompted Beatrice to tie the knot with her Italian beau Edoardo Mapeli Mozzi in a private ceremony.

Princess Beatrice has been branded a "f**king idiot" by Stuart Camp, manager of pop star Ed Sheeran. Camp for the first time addressed a controversial incident that occurred in 2016 when Sheeran attended a party held by Beatrice at the Royal Lodge in Windsor. The event was also attended by another famous singer, James Blunt.

Reports say at some point the trio started talking about honours and Blunt joked that he wanted to get a knighthood. After saying this Beatrice ran out of the room and returned with a ceremonial sword. She then held a mock ceremony, which nearly ended in tragedy.

After placing the sword above Blunt and saying "arise Sir James", just like Her Majesty Queen Elizabeth would have said, Princess Beatrice swung the sword back and injured Ed Sheeran, who was standing right behind her. The blade cut Sheeran's face just a few inches from his right eye.

The singer was taken to hospital and had stiches to fix the wound. After that he returned to the party.

Media reports say that Princess Beatrice was shocked and very upset, but Ed Sheeran reportedly tried to downplay the incident.

The news was somehow leaked to the media, but Sheeran never commented on it. Appearing in 2017 on The Graham Norton Show he said he couldn't "talk about it". James Blunt said the story was fabricated and claimed Sheeran "was drunk, messing around, and he cut himself".

Now the pop star's manager has spoken out about the incident. Camp said he was still angry.

"I got quite protective over that because we've never publicly commented on it. But certain people said, 'Oh, you should lie and say it wasn't her and say it was someone else.' I said, 'well, we're not telling anyone anything. I'm not lying, just because someone's a f***ing idiot.' Because they're thinking, yeah, I will get paralytic and take a sword off the wall. You're just asking for trouble", Camp told The Telegraph.

The manager added that he and Sheeran have "not heard hide nor hair" from Princess Beatrice since the incident.

Princess Beatrice has repeatedly made headlines over the past two years because of her father, the Duke of York. The Queen's second son has been involved in the Jeffrey Epstein sex scandal. Media scrutiny surrounding the Duke of York even prompted Princess Beatrice to tie the knot with her Italian beau Edoardo Mapeli Mozzi in a private ceremony. Her father attended the event, but was cut out of wedding photos that Buckingham Palace released recently.