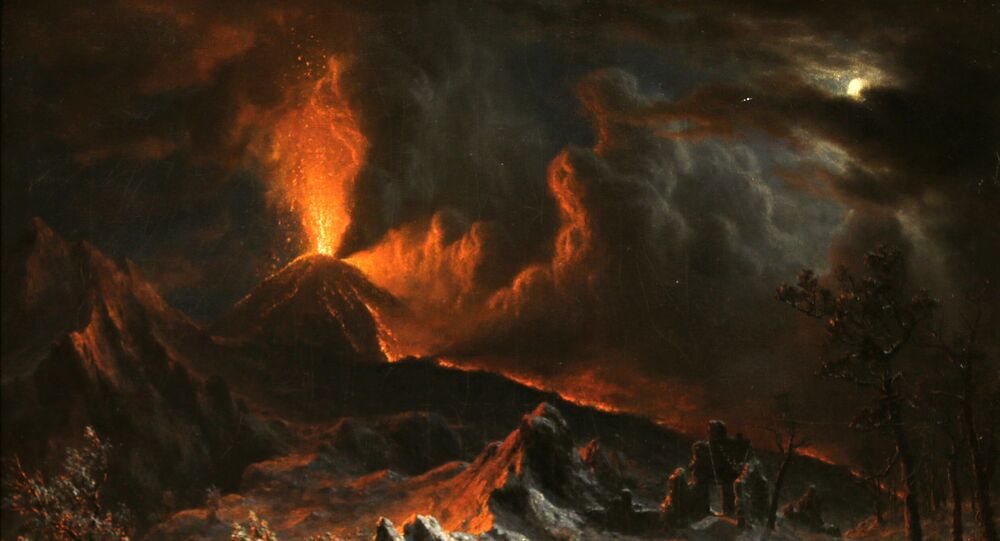 A team of Italian researchers has uncovered intact brain cells in the skull of a man who died nearly 2,000 years ago during the eruption of Mount Vesuvius in the city of Herculaneum, which was buried by ash.

The man was believed to be around 20 years old when he died in the eruption, which took place in 79 AD.

In a study published in January in the New England Journal of Medicine, the researchers concluded that the hot ash from the volcanic eruption charred the man’s brain through a process known as vitrification.

Vitrification refers to the transformation of a substance into glass and usually occurs when heated materials liquidize and are then cooled so rapidly that they form a glassy solid.

The site reached temperatures higher than 500 degrees Celsius, which was hot enough to vaporize brain tissues and turn them into black glass.

The man’s corpse and vitrified brain were found in a wooden bed in a building known as the Collegium Augustalium in the 1960s.

Researchers continued to study the man’s vitrified brain using an electron microscope. The latest study, published in the journal PLOS One, reveals that the man’s brain still contains intact neurons. In other words, the researchers found proteins that typically exist in human brain tissue and fatty acids found in hair that indicated  “thermally induced preservation” of the brain tissue, according to the January study.

"The discovery of brain tissue in ancient human remains is an unusual event,” Pier Paolo Petrone, a forensic anthropologist at the University of Naples Federico II involved in both studies, said in a statement, according to USA Today. "But what is extremely rare is the integral preservation of neuronal structures of a 2,000-years-ago central nervous system, in our case at an unprecedented resolution."

“This opens up the room for studies of these ancient people that have never been possible,” Petrone added.

Researchers have also found intact nerve cells in the man’s spinal cord, which was vitrified during the volcanic eruption.

“The perfect state of preservation of these structures is due to the unique process of vitrification which occurred at Herculaneum. The discovery of proteins whose genes are expressed in the different region of the human adult brain further agree with the neuronal origin of the unusual archaeological find,” the researchers concluded in the most recent study.

The latest findings may shed light on the vitrification process, Petrone added, which could be integral to understanding the risk of a “possible future eruption of Vesuvius, the most dangerous volcano in the world, which looms over 3 million inhabitants of Naples and its surroundings.”