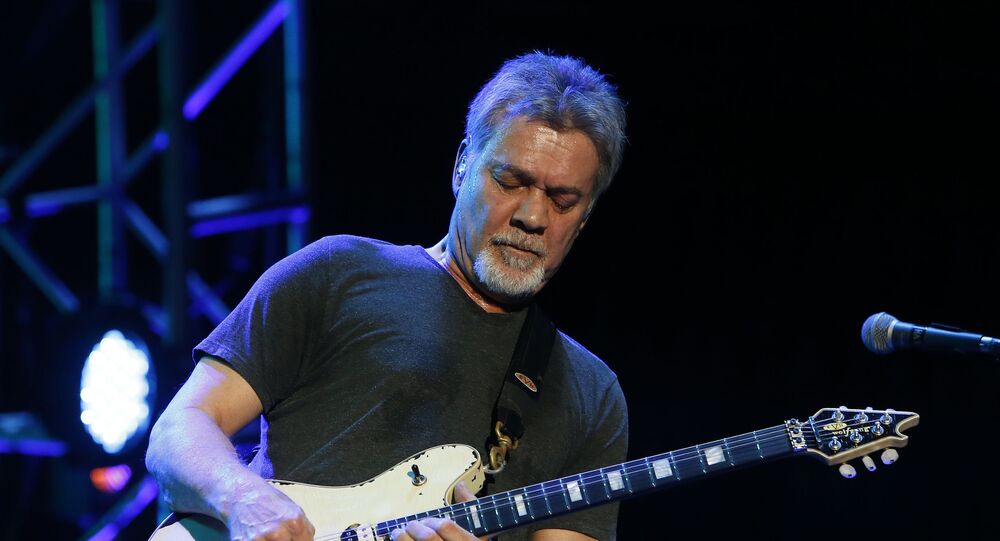 Legendary Dutch-American rock star Eddie Van Halen died on Tuesday at the age of 65 after a decades-long battle with throat cancer.

The talented guitarist and co-founder of the iconic 1980s rock band Van Halen died on Tuesday at the St. Johns Hospital in Santa Monica, California, with his wife, Janie, his son, Wolfgang, and his brother Alex, by his side, TMZ reported.

Sources with direct contact with the rock star told TMZ that Van Halen's health had severely deteriorated in the last 72 hours, with doctors discovering that the cancer had spread to his brain and other organs.

Wolfgang confirmed his father's death on Twitter with a statement that reads: "He was the best father I could ever ask for. Every moment I've shared with him on and off stage was a gift. My heart is broken and I don't think I'll ever fully recover from this loss."

Van Halen's long battle with cancer, which many suggest was result of heavy smoking, saw the musician undergo surgery in 2000 to remove part of his tongue. Last year, the iconic rock guitarist flew between Germany and the US to receive radiation treatment for cancer and was admitted to the hospital over the last year for intestinal issues, TMZ reported.

Despite health issues, Van Halen continued to attend concerts and play music with his son, who became the band's bassist in 2006.

The legendary musician formed the Van Halen rock group in 1972 with his brother Alex on drums, Michael Anthony on bass and David Lee Roth on vocals. The iconic guitarist - who among many other accomplishments played the classic guitar solo on Michael Jackson's 'Beat It' - was the group's primary songwriter.