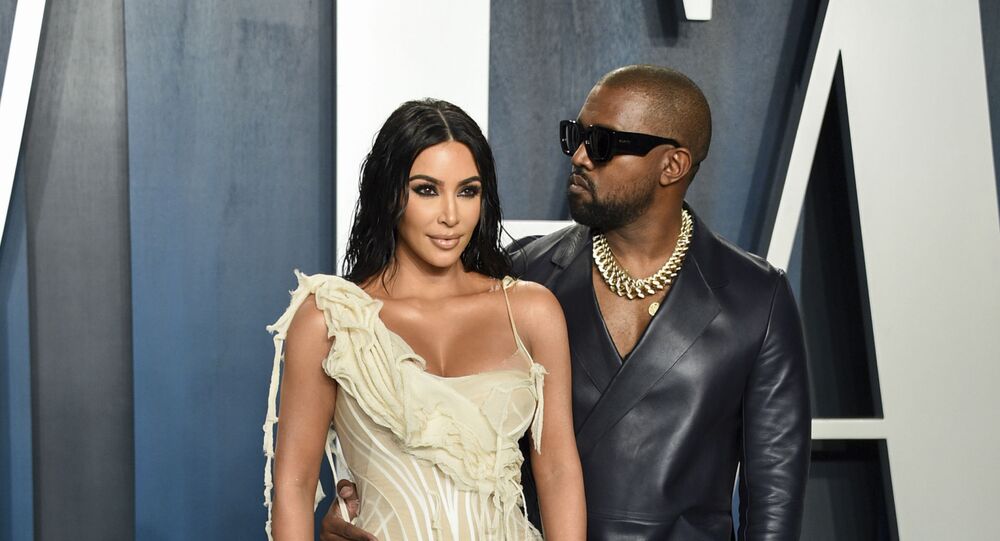 The reality show star says the rapper had to battle the infection when little was known about the novel virus, which made things “challenging” with regard to how to approach the protective measures.

Kim Kardashian West has revealed she had to change husband Kanye West's bedsheets wearing a face shield and gloves he came down with the novel coronavirus in mid-March, at the time Tom Hanks and Rita Wilson also got infected, “when nobody really knew what was going on".

"I had to go and change his sheets and help him get him out of bed when he wasn't feeling good”, the reality show star told Grazia Middle East, stressing that "it was a challenge because it was so unknown”.

The model, who shares four kids with West, referred to changing his sheets with gloves and a face shield on her face as “really a scary time”, adding that nobody was around in their household to extend a helping hand while her husband was battling COVID-19.

However, Kardashian West argued she tries to retain a positive outlook on the pandemic and take things as they come. "Maybe our planet needed a break”, she said.

"Maybe we all needed a break. Maybe this was the reset? I try to look at it that way”, the model explained, also saying that she has chosen to be equally "open and honest" with her young children in the wake of both the pandemic and the Black Lives Matter protests.

"I don't want to give them too much information that they won't fully understand and that will give them anxiety”, she said, stressing kids also have intuition and are capable of catching on.

Her husband - The Love Lockdown rapper, who on 4 July announced he was running for the presidency alongside Donald Trump and Joe Biden – has previously spoken about his illness, sharing with Forbes: "[I had] chills, shaking in the bed, taking hot showers, looking at videos telling me what I'm supposed to do to get over it”.