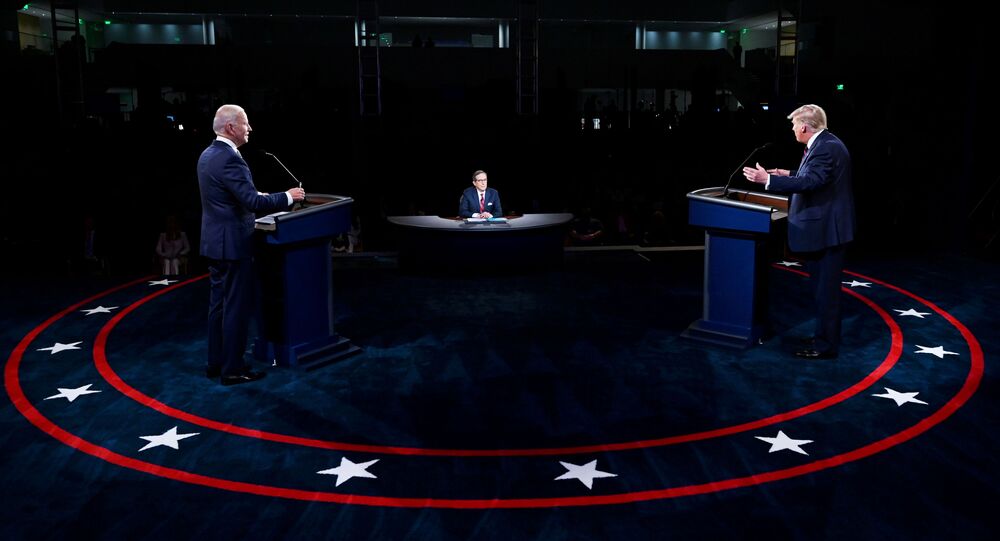 US President Donald Trump's campaign did not contact Democratic nominee Joe Biden’s campaign to notify them of potential exposure to COVID-19 after the president revealed Friday that both he and his wife, Melania, have contracted the disease.

“PBS NewsHour” correspondent Yamiche Alcindor and CNN’s Sarah Mucha both tweeted Friday that there was no communication from the Trump campaign to alert the Biden campaign of potential exposure.

“There was no contact from the Trump campaign or the White House to alert the Biden campaign of possible exposure. The campaign learned of the situation from the news reports, a Biden campaign aide tells me,” Alcindor noted.

The Trump campaign allegedly waived such communications despite the fact that the president and Biden were merely feet apart during Tuesday night’s presidential debate, during which Trump mocked Biden for wearing masks.

“When needed, I wear masks. I don’t wear masks like him,” Trump said of Biden. “Every time you see him, he’s got a mask. He could be speaking 200 feet away from them, and he shows up with the biggest mask I’ve ever seen.”

In addition, Trump’s family members all removed their masks during the presidential debate held in Cleveland, Ohio.

​Although Trump’s children, Ivanka, Donald Jr. and Eric, all wore masks while entering the debate auditorium, they removed them when they sat down. Similarly, the first lady removed her mask after getting seated as well.

During the debate, Biden criticized Trump’s response to the pandemic and his aversion to mask-wearing.

In addition to the first lady, Trump aide Hope Hicks has also tested positive for the virus.