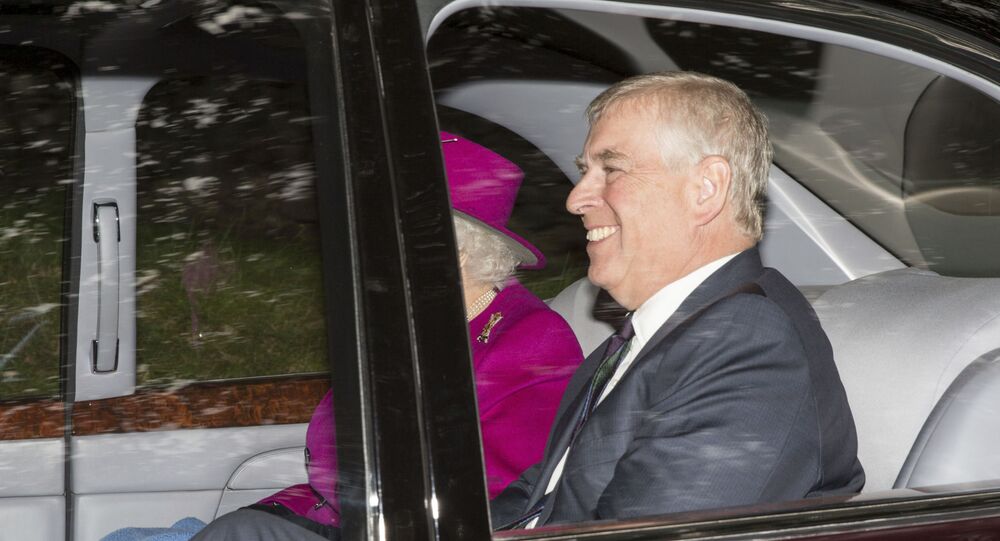 Prince Philip's biographer claims the Duke of York "naively failed to see he was being used", being dazzled by Ghislaine Maxwell's "sophistication" as she continuously threw parties for him, including at her notorious pal Jeffrey Epstein's upscale properties.

Detailing how Andrew was introduced to the British socialite by his ex-wife Sarah Ferguson, author Ingrid Seward says that it was Maxwell's unrivalled "worldly sophistication" that first drew Andrew into a friendship that ultimately left him "emotionally battered".

"It suited her to be able to produce Prince Andrew at parties and she hosted dinners for him at her 'sometime partner' the financier Jeffrey Epstein's Upper East Side apartment in New York", writes Seward, as cited by Newsweek, claiming Andrew was fascinated about Ghislaine welcoming him into "a previously out-of-bounds, raunchy international lifestyle".

The author of the biography assumes Ghislaine exploited the senior royal, taking him everywhere with her, "but still naively the Duke failed to see he was being used".

Dwelling on the blow Andrew's sit-down interview with the BBC last year dealt to his reputation, Seward writes:

"A calamitous interview for BBC TV's Panorama, in which he failed to show regret or empathy for Epstein's young victims — one of whom has alleged she had sex with him — lost him any vestige of support he still had".

She continues to note that the talk with a reporter, in which he would not admit he regretted friendship with Epstein, turned him into “a global figure of ridicule.”

"He was seen as someone with immense privilege who took advantage of his position, and because of stupidity and immense arrogance simply couldn't be bothered to take care, when choosing his friends, to keep his nose clean", the author explains.

Separately, she zeroes in on the distress the scandal has caused Andrew's elderly parents, Queen Elizabeth, aged 94, and almost 100-year-old Prince Philip, who felt his son's upbringing was "woefully inadequate".

"For Philip and the Queen, their son's failure of judgment was a tragedy", explains Seward, further stating the royals’ reputation at large fell victim to it.

"Not only had he besmirched the reputation of the monarchy but had become involved in something extremely distasteful and far more serious", she says.

Allegations against Prince Andrew, namely that he engaged in sex with a minor, which he has been denying, gained fresh momentum after the arrest of Ghislaine Maxwell on sex trafficking and abuse charges, almost a year after the death of her notorious pal Jeffrey Epstein in his Manhattan prison cell last August.

Maxwell is currently awaiting trial, preliminarily slated for next summer, which may ultimately put her behind bars for up to 35 years, if she's proven guilty on all six of the federal charges brought against her, including perjury in earlier proceedings, direct involvement in sexual abuse and grooming of underage victims for Epstein.