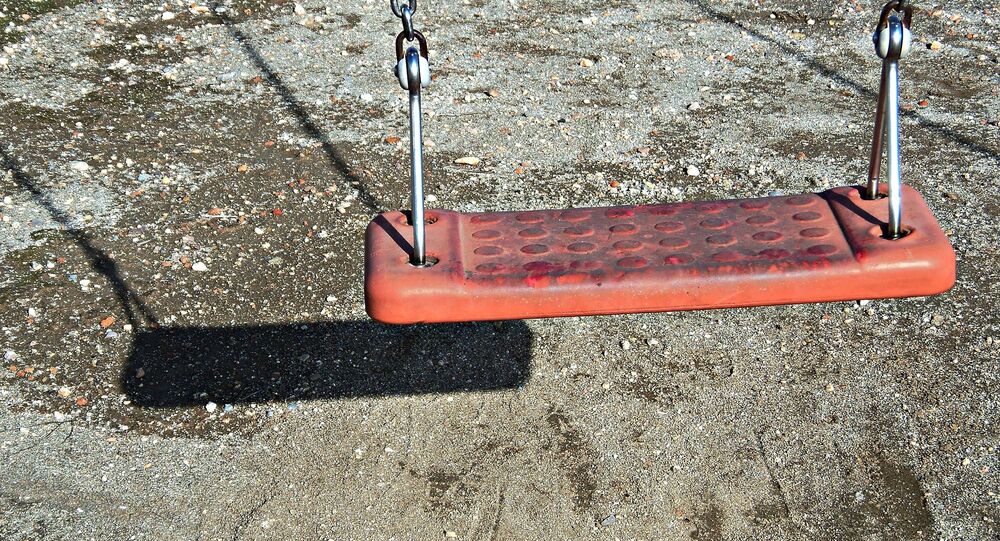 Over 40 Razor Blades Found at Parks, Playground Equipment in US City

According to a Tuesday Facebook post by the Eaton Rapids Police Department, officers were dispatched to playgrounds in the area on Monday after a group of people at a playground reported to police that they had found several razor blades on and around the park equipment.

Some of the blades seemed to have been intentionally placed to cause harm, the department added. Additional blades were found lying in the grass at another park.

“The citizens recovered approximately thirty-nine blades prior to [the] officer’s arrival. The officers and city staff recovered an additional two. The witnesses report seeing four persons of interest that had been on the equipment,” the post added.

The four persons of interest have been described as two males and two females who are either 17 or 18 years old.

“One female had blond hair and one male had brown hair. They were last seen walking north away from the playground,” the police department stated in the release.

The city temporarily closed all public parks as officials investigated the situation but later on Tuesday announced that the parks have been reopened.

“We are happy to announce that all parks have been canvased [sic] and we are confident that any hazardous objects have been removed from the parks. We are able to open the parks at this time. Many thanks to the generosity of the community members that came forward to assist with loaning equipment and offering other resources to aide [sic] in these efforts. We appreciate you and your dedication to this great community,” the city government said in a post shared by the police department.

The City of Eaton Rapids is also offering a $1,000 reward for any information that could potentially lead to the arrest or conviction of any suspects.

What a Majestic Walk: Lion Takes a Stroll in Full Power Mode Near Parked Cars - Video

From Adidas to Theme Park in China: Lionel Messi’s Most Interesting Sponsorship Deals