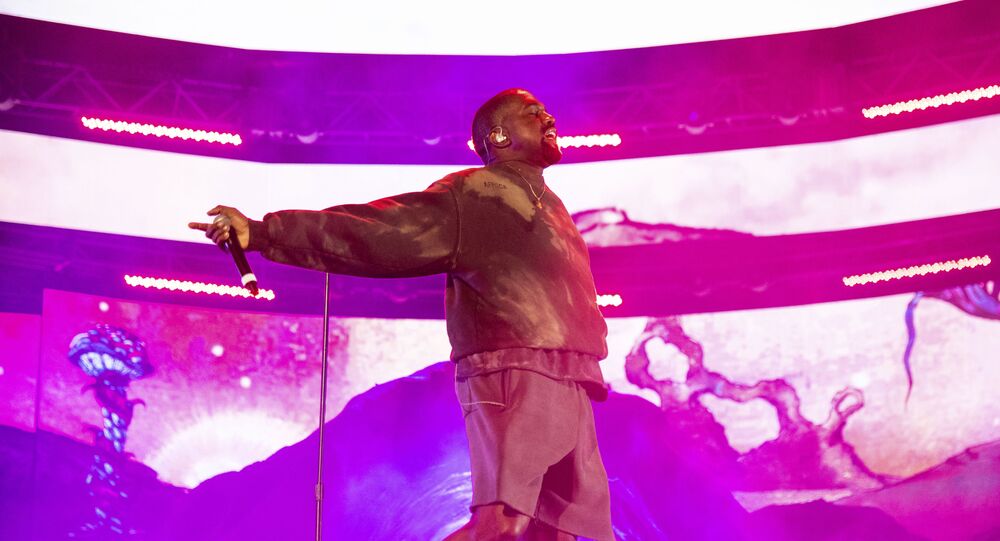 In 2018, American conservative activist and author Candace Owens launched a widely discussed social media campaign dubbed ‘Blexit’ - in a similar fashion to Britain’s departure from the EU – to encourage African Americans to leave the Democratic party and join the Republicans ranks.

Self-proclaimed presidential runner Kanye West has publicly thanked political activist and writer Candace Owens for her book on Black America’s ‘escape from the Democratic plantation’ on his Twitter, attaching an image of the manuscript titled ‘Blackout’.

The writer rushed to return the compliment.

“You’re welcome! Thank you for inspiring me to be myself, unapologetically. Dragon energy”, Owens replied to West’s capitalized acknowledgement.

Some may have been surprised by their friendly exchange on the subject, bearing in mind that they have publicly clashed over Owens’ so-called ‘Blexit’ campaign, which calls for Black voters to leave the Democratic party and support the Republicans.

The pro-Trump activist launched the movement back in 2018 and publicly thanked her “dear friend and fellow superhero Kanye West” for helping her design the logo used on the t-shirts promoting her campaign. The rapper however quickly distanced himself from ‘Blexit’ and said that he never wanted “any association” with Owens’ efforts.

“I have nothing to do with it”, West wrote on Twitter on 31 October 2018. “I introduced Candace to the person who made the logo and they didn’t want their name on it so she used mine”.

The record producer then said that he has been “used to spread messages” that he could not support.

“I am distancing myself from politics and completely focusing on being creative!!!”, the musician said back then.

My eyes are now wide open and now realize I’ve been used to spread messages I don’t believe in. I am distancing myself from politics and completely focusing on being creative !!!

Shortly after that, Owens published an apologetic post, claiming that she “never once said that Kanye designed the t-shirts for BLEXIT. This is a lie that seems to have made its way around the world”.

The two seemed to remain on good terms, considering West’s recent tweet and their public support for US President Donald Trump. The Yeezy designer however said in July that he had “lost confidence in the president” and was now taking his red MAGA hat off, while revealing that he would be running for presidency himself under the banner of the Birthday Party. West dismissed speculation that the move was just an attempt to “steal” Black votes from Democratic candidate Joe Biden, insisting that Black voters do not automatically have to cast their ballots for the Democratic Party.

© AP Photo / Rogelio V. Solis
A staff attorney reviews November's sample ballot, including the new state flag referendum during a meeting of the State Board of Election Commissioners, Tuesday, Sept. 8, 2020, in Jackson, Miss

“That is a form of racism and white supremacy and white control to say that all Black people need to be Democrat and to assume that me running is me splitting the vote. All of that information is being charged up on social media platforms by Democrats”, he said in the interview with Forbes following his bombshell announcement.

West is currently attempting to enter the presidential race. But due to his late entry, and the various legal that every candidate needs to jump through, he has so far succeeded in getting his name on the ballot in just 12 states.