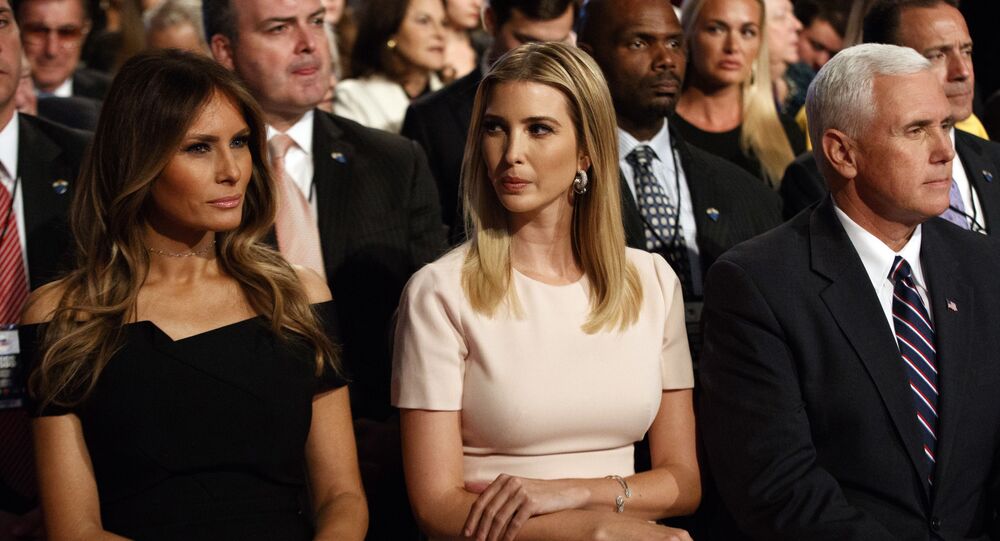 The book by the First Lady’s former friend and personal adviser Stephanie Winston Wolkoff saw the light of day on 1 September, immediately sparking debates with some thought-provoking claims, especially the ones concerning the relationship between FLOTUS and the president’s eldest daughter Ivanka.

“Not only as the first daughter, the first lady and I say she’s a princess who wanted to be Queen”, the former senior adviser to FLOTUS revealed.

Wolkoff, who is the author of the newly released “Melania and Me: The Rise and Fall of My Friendship With the First Lady", has described how America’s first daughter and the first lady have a very tense relationship.

“So Ivanka is very in control and has a lot of cohorts to back her up in whatever she’s doing”, she claimed during the interview. “She unfortunately really hindered any progress of an initiative for the First Lady or any movement for Melania to do anything”.

The former assistant also added that she believes Melania Trump and the US president have a “transactional marriage”.

“I mean Donald, you know Donald got arm candy”, Wolkoff suggested. “The Vogue cover legitimised Melania, which legitimised Donald as well and Melania got two dynamic decades. I mean, she was a young model striving, she didn’t have success yet, she met Donald. She married, she had a son, she became an American citizen and ten years after that she’s the First Lady of the United States”.

“So I do believe there was a magic moment and I also believe it was made for TV moment”, she added, while claiming that “perception for the Trumps is everything”.

Wolkoff, who once worked for Vogue, met Melania Knauss back in 2003, when the future first lady has already been dating Donald Trump. The two became very close and Wolkoff even described the former model as “the sister I never had before”. She briefly worked as Melania’s senior adviser in 2017-2018, until the two parted ways after a row over the funding of Donald Trump’s inauguration.

In her newly released book, Wolkoff makes some astonishing claims about Melania-Ivanka relationship, including the one suggesting that the president’s wife once referred to her daughter-in-law and her associates as “snakes” and tried to keep Trump’s eldest daughter out of the best shots during his inauguration in 2017.

Meanwhile, Melania Trump’s press secretary Stephanie Grisham, recently told the media that she has never heard FLOTUS making any “disparaging” remarks about her husband or his family.

© REUTERS / CARLOS BARRIA
U.S. President Donald Trump looks on alongside to U.S. first lady Melania Trump and White House Senior Adviser Ivanka Trump before delivering his acceptance speech as the 2020 Republican presidential nominee during the final event of the Republican National Convention on the South Lawn of the White House in Washington, U.S., August 27, 2020

The revelations made by Wolkoff may not be surprising to some, considering a recent awkward exchange between Ivanka and Melania during the Republican National Convention. As the White House adviser Ivanka passed by her mother-in-law following the delivery of a speech during the event, Melania gave her a broad smile, but then her face turned completely stern – something which did not escape the attention of onlookers.