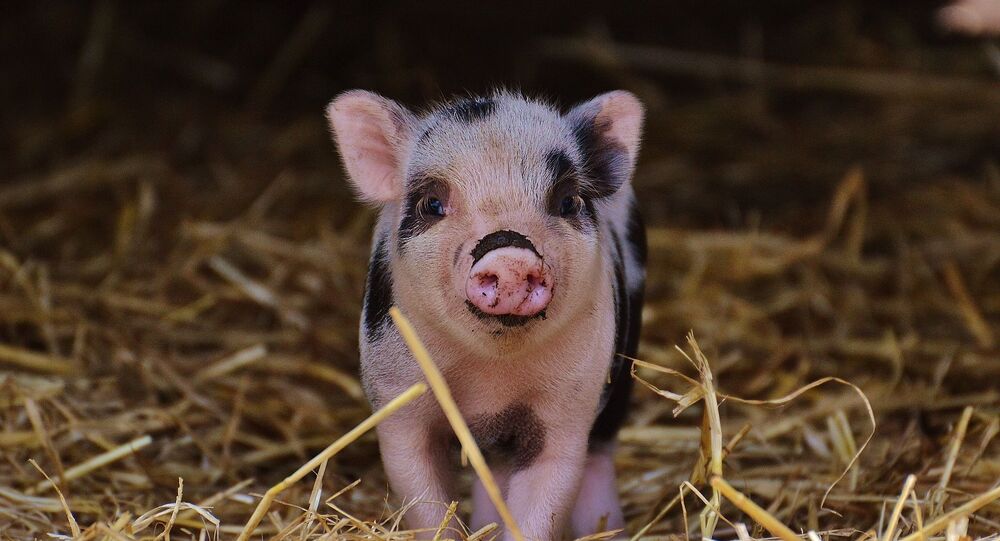 Boris the Pig on Drugs: Ecstasy-Pumped Animal Reportedly Prompts Investigation Into Its Owners

Ecstasy, or MDMA, is an illegal psychoactive drug which increases the level of dopamine and serotonin in the brain, leading to a sense of euphoria. It is still unclear what exact effects it can produce on animals.

Boris, a Russian miniature pig, was taken to his local veterinary clinic after taking several ecstasy pills; the incident has allegedly prompted a police investigation into the matter, Baza news reported on its Telegram channel.

According to the report, the incident took place in Moscow. Boris’ owner, whose name hasn't been disclosed, wrote to the miniature pig's breeder, saying that her pet had swallowed six pills, which it had allegedly found on the street. Boris was rushed to a clinic, where vets confirmed the presence of MDMA in its blood. The animal was rescued and feels fine now, the report says.

© CC0
Flipper Gone Wild: How NASA Funded Dolphin Sex Experiment Involving LSD in a Bid to Contact Aliens
However, the breeder, who has chosen to remain anonymous, reportedly had doubts that the poor creature encountered the club drug on the street, and suspects that the proverbial 'pork rolls' were discovered somewhere in the pig-owner's home. This information remains unconfirmed so far, but the woman is allegedly considering 'squealing' about the incident to the police.

While Boris is currently in a good state, the effect of such a psychoactive drug on animals is far from clear. According to research by American biologists conducted several years ago, such creatures as octopuses, become more socially active and even touchy with those of their own species after taking ecstasy – similar to the effect this drug has on humans.